What It's Like to Be Young and Writing for Young Adults

If Tomi had been 30, or 37, or 48, rather than 23, I would have been able to curb my jealousy. I would have applauded her for fighting for her dream and seeing it come true. I would have happily read all the think pieces about how success doesn’t have an age limit.

But she was my age. I couldn’t reconcile being happy for her for this massive, amazing life change with the fact that I wanted what she had.

It’s been nearly a year since then, and my feelings have changed. I’m no longer envious of Tomi, mostly because I had the opportunity to interview her and I’ve followed her on Twitter and I’ve just found myself becoming obsessed with how cool she is. It’s hard to be envious of someone you’ve gotten to know a tiny smidge and discovered is so deserving of everything. But her story did get me thinking about what it’s like to achieve success so young, especially in the YA genre. Because she’s only a few years older than the people she’s writing about! 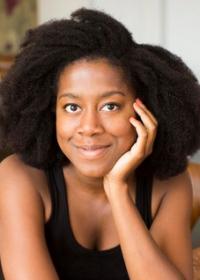 I asked her if she felt her age gave her a leg-up, as it were, when it comes to understanding teenagers. Her response was well-thought-out, hilarious and charming, and have I mentioned I’m a little obsessed with her these days? (She’s so cool.)

“In some ways, yes!” she began. “My friends and I often joke that I still feel like I’m 16 years old at heart (and sometimes I get my own age wrong on forms).

“But to be honest with you, I feel like I can speak to a YA audience because young adult stories are the stories I’ve been reading for most of my life. They’re incredibly complex and emotional and they deal with universal themes that people of all ages struggle with. I can find a piece of myself—be it my past self or my current self—in all of the young adult novels that I read.”

Tomi’s answer here is so great because it’s her lived experience proving what we’re always told as writers: read what you want to write. It points out that, yes, she is young in age and young at heart, but she does what she does so well because she’s actively engaging with the rest of the material in that age category.

When I told Tomi that I was asking all these weird age-related questions for an article about young YA writers, she said she understood; “I knew when the story broke there would be a big focus on my age because our society loves to focus on things like age, but what I often like to remind writers of all ages is a lot of the time when someone has success “young,” they started really young,” she said.

She went on to cite two examples of others who have achieved success at a young age: Chance the Rapper, who won three Grammys at the age of 23, but put out his first mixtapes at 17 or 18; and Simone Biles, the Olympic gold medal-winning gymnast who was 19 “when she became the greatest gymnast in world history (and yes, I said greatest, fight me),” but who began gymnastics at the age of six.

“With me (and I do not think I’m Simone Biles or Chance The Rapper, lol, they’re just good examples), writing was the first thing I ever did on my own,” she added. “I wrote my first story when I was 4 or 5 or 6, so I started doing this early. I just wasn’t as brave as Simone or Chance to admit that my passion, writing, was what I wanted to do with my life. 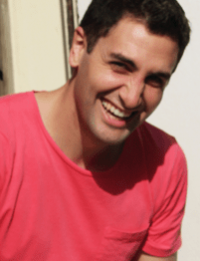 This aligned with what I was told by Will Kostakis, an Australian YA author whose US debut, The Sidekicks, released last fall. His first publishing deal was signed when he was 17, and The Sidekicks is his fourth book.

He also began writing as a child; he told me the story of his grandfather who used to wait outside the newsstand in the mornings to buy him lined paper so he could write.

Will said that his success came a little too young, though; he was 17, a senior in high school, and not really ready for all that the book deal would bring his way.

“It was a dream come true,” he said, “but the reality didn’t quite live up to the dream, and that’s a tough thing to reconcile when you’re so young. I thought this would be my life fix-all, but really, it was another job, and a low-paying one at that.”

He also spoke about the nature of success: how, at 17, signing a book deal was success; by the time he was 19 and the book published and “flopped initially,” however, that didn’t feel like success at all.

“It forced me to grow up, to build myself, to work on cultivating an audience, and the novel was eventually reprinted numerous times,” Will explained. “It went on to become a success, and each novel since has been a greater success, precisely because it wasn’t initially a success. And that’s success too. It’s all a matter of perspective. And at 19, I didn’t have perspective. I couldn’t see the forest for the trees.”

One thing that doesn’t change whether you’re 17 or 77 as a debut author? The pressure.

“I am good friends with debut authors of all ages—from teenage writers to authors in their fifties—and I really don’t think age matters when it comes to the pressure we authors put on ourselves because what we’re doing is important,” Tomi said. “We’re writing stories for teenagers. We’re giving them a window into another life experience, or a mirror of their own. We’re creating spaces that they might be able to lose themselves in or discover themselves in. That is an extremely important position to be in and not one that young adult authors take lightly.” 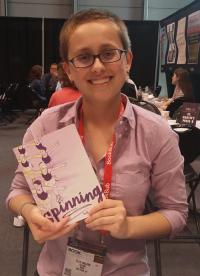 Will agreed with this perspective, saying, “I do think we feel similar pressure as debut authors – it’s the realization of a dream.”

These conversations helped me gain a little perspective. All this time, I’ve been jealous of people achieving success so young because it’s what I wanted; turns out, life doesn’t become perfect just because you get a book deal.

And one final piece of perspective came courtesy of Tillie Walden, the 20-year-old artist whose graphic memoir, Spinning, published last fall. She’s been publishing books for years and is no stranger to questions about her age.

“I get asked about [my age] a lot, she said. “A lot. And I get it — everyone loves the ‘hot young thing’ narrative. It’s an easy way to describe me in a headline-ready quote. But I’m pretty tired of it, if I I’m being honest. My age seems to be fun to talk about for everyone except me.”

She went on to say that her age isn’t even the most interesting thing about her: it’s her status as an openly gay creator. She finished, “And that part of myself feels so much more important than my age because someday I will not be young, but I will always be gay.”

I’d never thought that maybe, just maybe, being a “prodigy” could begin to wear on someone because your whole identity becomes boxed up with this one thing.

I still want to achieve success, and I still find it fascinating to learn about authors, specifically young adult authors, who get book deals when they’re young. But these three gave me the needed perspective to see that youth isn’t everything.