What Works & What Doesn't: "Gremlins"

Welcome once again to What Works & What Doesn't, whereby we analyze a particular film script for its merits and flaws. This month, we're going to take a look at the "Creature Feature" by way of the timeless holiday classic Gremlins—a film the esteemed critic Joe Bob Briggs once called "the kind of movie that grosses your mother out when you're 14 years-old."

Now, we could easily discuss John Carpenter's stunning creature feature The Thing—and we may bring that film up in the coming paragraphs—but I've selected Gremlins for a few reasons. One, it's Christmastime, and my household screens this movie every yuletide season. Two, Gremlins has two qualities that The Thing doesn't—a sympathetic creature character, and a whole lot of creature-oriented comedy. (I will also add here that I believe there is an underlying critique of consumerist culture and American capitalism in this film, making its connotations with Christmas all the more prevalent, but that's a topic for a different article.)

So, just what is it about Gremlins that makes it a thoroughly rewatchable movie, all these 30 plus years since its initial 1984 release? Let's dive in and find out.

Tenets of the Creature Feature 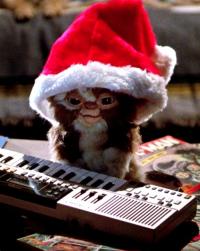 First off, let me say that I'm using the term "Creature Feature" a bit out of sorts from its usual definition, which refers to late night hosted horror shows  like the aforementioned Joe Bob Briggs's Monstervision, as well as Elvira's Movie Macabre, and Svengoolie, et al. Rather, I'm using the term to refer to any film whose primary appeal rests in non-human, animatronic or digitally-rendered characters, as opposed to their human counterparts. This type of film narrative falls under the larger umbrella term of "special effects extravaganzas," with roots all the way back to Aristotle's "Poetics" and the concept of spectacle, or any striking visual element of a production—ranked last in importance by Aristotle, but over time, it has superseded other components such as plot, character, thought, etc. Big budget, lavish musicals, epic period films—with elaborate costumes and sets—and sci-fi staples like Star Wars, Blade Runner, and the current wave of superhero films all fall within the spectacle subgenre as well, but for our purposes, we're looking at the sub-subgenre of spectacle, which I'm calling the "creature feature." Make sense?

Now, this brings us to examining the differences between a successful creature feature and an unsuccessful one. Looking at the broader subgenre of spectacle, the aforementioned Star Wars and Blade Runner are successful, as is superhero fare like Guardians of the Galaxy and The Avengers. Why? Just like Carpenter's The Thing and Gremlins, the filmmakers do not discard altogether components like plot, character, and thought—it's just that these tenets of storytelling are subordinate to the goal of delivering spectacle, i.e., no less important, as they provide the legs for spectacle to stand on. (An unsuccessful example that comes to mind: The Phantom Menace; there are, admittedly, some pretty amazing fight scenes in this film, but as the characters are about as fleshed out as a Halloween prop skeleton, these scenes are fairly meaningless.) 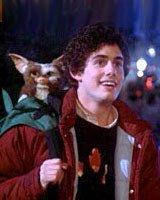 Bet you never thought you'd read a sub-title like that, right?

Here's the one basic truth about a movie like Gremlins: you don't watch it for Billy (Zach Galligan), the "protagonist" who receives the cute and cuddly Gizmo (numerous animatronic puppets and probably a little stop-motion animation as well) as a Christmas present from his affable but kind of bumbling dad, Rand Peltzer (Hoyt Axton). It's not that you don't care about Billy, or his budding romance with co-bank-teller/part-time waitress Kate (Phoebe Cates), or his ongoing troubles with town menace Mrs. Deagle (Polly Holiday). It's not that you aren't invested in the human players in this narrative, nor that you don't worry about Billy's mom (Frances Lee McCain) as she battles the metamorphosed, water-induced back-offspring of Gizmo (the titular gremlins) with her common kitchen utensils and appliances. It's not that you couldn't give a shit less about small town America's slow-death at the hands of corporatization, it's just that...Gizmo is cute and cuddly, and the gremlins are simultaneously terrifying and hilarious. We watch this movie for them, first and foremost.

And with good reason. The creature creator, Chris Walas, did amazing work bringing these fantastic animals to life. Sure, you can see their wires on occasion, but that hardly matters. For one, audiences understand these creatures aren't actually real, and for another, they're so lifelike otherwise, we can forgive the occasional "peak behind the curtain," so to speak. Besides, if anyone thinks Gremlins is a straight horror film, they're solely mistaken: this is a comedy with horror elements, and the bar scene—in which Kate serves copious amounts of alcohol to an already inebriated gaggle of gremlins, who proceed to wreck Looney Toons-level havoc on the establishment—epitomizes director Joe Dante, screenwriter Chris Columbus, and executive producer Steven Spielberg's ultimate design with this film. This is meant to be goofy, gross, and grotesque fun. And the filmmakers achieve this goal in spades, again because the creatures are so lifelike, but also because they display individual characteristics, facial features, and even to some degree, mannerisms. Take a look at this scene in its entirety, to see the difference between how one gremlin "plays" versus another (but how they're all ultimately playing the same game):

As you can see, the gremlins are more or less dedicated to the same goal: anarchy. And yet, some gremlins pursue anarchy by dressing in Mrs. Deagle's clothing (whom they murdered in the previous scene), while others prefer to set a jazzy-smooth tableaux, only to have their scene subverted by this goofball gremlin, only to then subvert their own tableaux by whacking said goofball with a mallet a la Bugs Bunny. Some gremlins are lewd flashers, others are ski-mask wearing psychos with guns. Even though these creatures more or less look the same, no one gremlin fully mirrors the other.

But let's focus for a moment on Gizmo, the progenitor of these disgusting, rambunctious monsters. Producer Spielberg, according to the film's Blu Ray commentary (by way of Wikipedia) basically stated that the furry little guy was the real "star" of the movie, and he's absolutely right, though it's not only because he's cute. Gizmo (voiced by Howie Mandel) has a fully-realized personality. He's gentle, he displays admiral restraint when it comes to overeating, he's musically-inclined, and he has an obsession with race cars and comic books. He's also smart and ends up saving the day at the end of the film, risking his own health to rip open shades and melt main antagonist Stripe into his own primordial soup. There's basically nothing to dislike about Gizmo, unless you're completely heartless and jaded. In the same way we watch E.T. for, you know, E.T., we watch Gremlins for Gizmo. 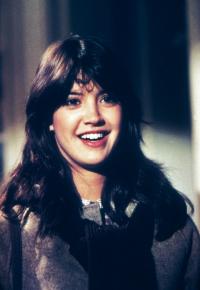 Back to the People

However, this film wouldn't be the classic it is without Billy, Kate, Rand, and the slew of character actors who serve as the gremlin's cannon fodder. Consider that we don't actually see Gizmo for the first 18 minutes, and our first look at a gremlin doesn't happen until 50 minutes into the movie (the total running time is about an hour and forty-five minutes, by the way). From a narrative standpoint, this is a brilliant move on the part of the filmmakers: they're making us wait for the very thing we came to the theater to see: little green monsters terrorizing the shit out of a small town (see also Carpenter's The Thing). And yet, our butts remain in the seats. Why? Well, one, we're anticipating the appearance of the gremlins, and two, the filmmakers actually bothered to entertain us during the time the gremlins haven't even been "born" yet. Billy, the human protagonist, is a likable guy: he's nerdy, he's sweet, he cares about his family and his town; he's artistic, not at all altruistic, and he likes the simple pleasures of opening up gifts on Christmas morning. His father Rand, has some flaws (he's not the best inventor on the block, not to mention his family is struggling financially, yet he's willing to throw down first $100, then, when Mr. Wing (Keye Luke) refuses, $200 for Gizmo), but overall he's a good dad and a jolly fellow, good for a few laughs. Kate is equally charming, and we like the fact she likes Billy over the snotty snob Gerald (Judge Reinhold), and that she's willing to donate her time to the struggling Dory's Tavern. We get to simultaneously laugh at and fear Mrs. Deagle, as she threatens to brutally murder Billy's dog and generally behaves the way a stuck-up person with too much money and power typically acts.

Is this aspect of the film's narrative groundbreaking or brilliant? No, it's straightforward and easy to digest. We've seen this kind of story a million times before, most notably in It's a Wonderful Life! (which we even see Billy's mom watching while she cooks dinner): small town folks learn the true value of their small town ways. It's just that, in this movie, the small town folks lean their lesson due to an outbreak of little, disgusting anarchist creatures who damn near bring their small town to its knees (and from a wise Chinese man who sums up the film's message in the falling action).

Dante, Columbus, and Spielberg spent a great deal of time ensuring the legs of this creature feature could sustain the spectacle bulk from start to finish, and they succeeded, making a film that hasn't lost its appeal over the last three decades. Moreover, Walas's creature designs still look fantastic today, despite their ostensible "datedness." These two elements combined make for a perfect creature feature, one that will continue to entertain long past its initial release.

What do you think of Gremlins? Is it an exemplary entry into the comedy creature feature sub-sub-subgenre, or are their better examples out there? Let us know your thoughts in the comments section below.

What Works & What Doesn't: 'Lost in Translation'

What Works & What Doesn't: 'Repo Man'

What Works & What Doesn't: 'The Apartment'

What Works & What Doesn't: 'Citizen Kane'

Joshua Chaplinsky from New York is reading a lot more during the quarantine December 19, 2016 - 4:04pm

Just rewatched this. Holds up really well. A holiday favorite.