What Writers Can Learn From the Films of Darren Aronofsky

I'm so stoked for Darren Aronofsky's new film, Mother! Ever since I saw Pi I've been a super-fan. I've watched all of his movies multiple times and have used them as background atmosphere while I worked on certain projects. Going through all of his films can be as helpful and inspiring as any craft book. One of my goals is to try to do what Aronofsky does with his films in my own writing. Below are my top 5 takeaways from Aronofsky's inspiring film catalogue.

Yes, you watch Aronofsky for the atmosphere and his scripts are always cool, but his biggest strength is the execution of big and enticing themes. The themes are as propulsive as the story. In Pi there is a search for knowledge that can make man know God, and Noah delves into the similar theme of man’s relationship to God. In The Fountain, there is the quest to overcome death and how to grieve for those we love. The transgressive Requiem for a Dream is one of the best and most brutal mediations on the horrors of addiction. The Wrestler and Black Swan are mirror movies of each other, about how giving yourself completely to your art can kill you. All of these themes are the type that you can lose sleep over, but Aronofsky goes there and wraps them in fascinating atmosphere and story. Writers that go big and approach tough subjects are going to stand out more than the storytellers who want to stay in shallow waters. 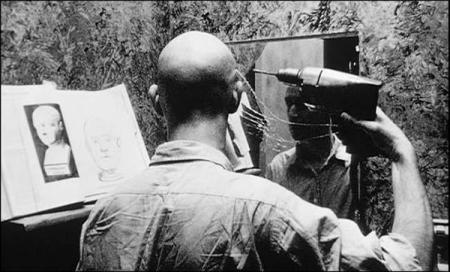 Aronofsky directs character driven stories. They are the antithesis of Michael Bay films. The plot is not ever the motivating conflict; it is the characters' desires versus the characters' needs. This is always a great way to keep things interesting with a story that is not too plot-heavy. Except for Noah, all of Aronofsky’s characters need psychological help. They are aligned with the basic needs of Maslow’s Hierarchy, but their desires make them sacrifice their health, self-esteem, shelter, and love. It leads to us wondering: will they let go of their destructive behavior or not? Either way, it ends up offering the viewer a compelling climax and resolution. This simple but effective trick always leads to engaging storytelling.

The recent popularity of weird fiction/new weird indicates that readers are increasingly drawn to engaging and atmospheric fiction. Atmosphere, when done artfully and with style, can make any story engaging. Atmosphere doesn't always mean artsy—it can be gritty or minimalist. It's a way of playing with the viewers’ senses and using intangible moments to propel the narrative. Black Swan in particular illustrates Aronofsky’s masterful use of atmosphere, but all of his films are atmospheric in their own unique way. This versatility in itself is a valuable lesson for writers. 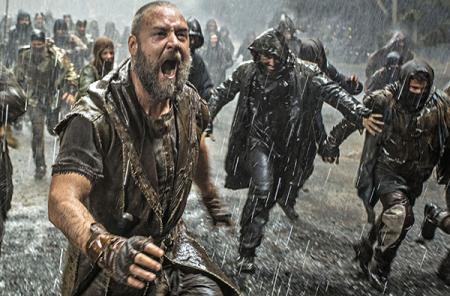 Dream Logic is so hard to pull off. For every David Lynch, there are a 1000 @GuyInYourMFA’s. It’s probably the most risky storytelling strategy, because you really have to nail it. Lynch and Aronofsky are skilled, but I would argue that Aronofsky is a better director because dream logic is part of his style, not his only style. If you are looking to write something literary, surreal, and atmosphere driven, dream logic can be a great addition to your arsenal, but you have to really build up that skill like these two auteurs have.

The most important lesson to be learned from watching Aronofsky's films is that a unique style must serve the story. This is another reason his films work so well. Good writers utilize an appropriate style that suits their story. The most frustrating thing as an editor is to read something with great style that doesn’t fit the story at all. Melding the two is what makes a writer great—not good, but great. It’s a skill that must be developed over time. Aronofsky has mastered this skill, and you, as a writer, can as well. You have to read a lot, write a lot, and get feedback on what works.

Are you a fan? What have you learned about storytelling from watching Aronofsky's films?

The Archetypes of Hayao Miyazaki

We complain that we hate this movie, but the real horror of what we humans are doing to our planet and to each other is immeasurably worse than what Aronofsky has put on the screen, and we are reminded of our complacency by our desire to avert our eyes. I reckon the mistake was marketing this one as a horror flick with JLaw. But it is so not that. It is a masterpiece.

for more on me look here.