When Authors Read Their Own Audiobooks

I’m on the march through an audiobook read by the author, and let me tell you, it’s about as painful an experience as getting a vasectomy.

And the vasectomy has a slight advantage because it only takes 15 minutes.

When should authors read their own audiobooks? And when should they turn it over to the pros?

What happens when an author reads their own work? 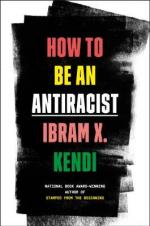 In the audiobook version of How To Be An Antiracist I was bored, okay? Bored in a way I wasn't bored by the text.

It’s a plodding listen. That’s how it felt, anyway, so I did the math. Kendi reads his book at a pace of about 2.3 minutes per page. To put this in perspective, I listened to a long mystery set in the west where we’ve got a bunch of laconic cowboys and such. That one clocks in at a brisk 1.5 minutes per page.

Kendi is an academic, so it makes sense that his delivery feels a little like a college lecture. The problem is that it lasts almost 11 hours. 11 hours of college lecture spread out over 11 weeks is doable, but compressed into an audiobook timeframe? It's rough.

Delivery styles that work for, say, an hour, become unpleasant after 5 hours. You might be a good reader or speaker for 1-hour chunks, that might be your strength, but don't forget to consider how you'll have to change up your style as things get longer.

Get How to Be an Antiracist at Bookshop or Amazon 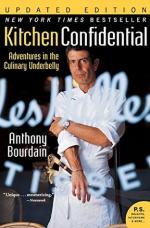 Anthony Bourdain and The Benefits of Dying

Kitchen Confidential pulls some extra gravitas in audio form because the author/narrator is dead. You’re listening to his voice from beyond the grave. And in this case, instead of being creepy, it’s nice. It feels like a good thing that Bourdain's voice was captured and we can still hear it.

Audio is powerful, direct. You hear a little bit of who the person really was.

Get Kitchen Confidential at Bookshop or Amazon 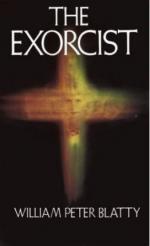 William Peter Blatty and Writing That Sounds Like Writing

Blatty has a GREAT voice, but the problem is the source material. The Exorcist is writing that’s meant to sound like writing.

If your writing style is conversational, casual, if your goal is to make all your prose sound like a real person speaking out loud, then you’ve got a much better shot of pulling off your own audiobook.

If your book sounds very “written,” which it probably will if you’re in that hardcore literary sphere, hire a pro who can bring a spoken feel to more writerly prose.

Get The Exorcist at Bookshop or Amazon 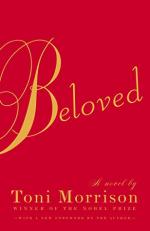 Beloved works because it’s a stone cold classic, and it feels right that Toni Morrison would read it. It’s like listening to Mark Twain read a book or if we could see Shakespeare in one of his own plays.

Morrison’s delivery has a warmth to it, and I wonder if a professional reader would have brought that same tone. Because Beloved is such a dark book in so many ways, I don’t know if many readers would have the guts to read it the way Morrison does. It’s like being inside a cabin with space between the boards. First it’s dark and cold, but you start to catch the light popping through the cracks.

This is a reading that only Morrison could bring, tonally and in terms of performance, because she's the only person who could read it with this much life and still keep it respectful.

Get Beloved at Bookshop or Amazon 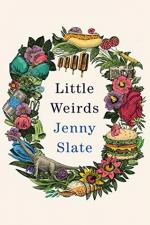 I didn’t think I’d love Jenny Slate’s voice, but it turns out she’s actually kind of great at narrating her own book, Little Weirds. Her narration voice and her cartoon voice are very different. Which, duh.

Here’s the problem: Jenny Slate is Tammy on Bob’s Burgers, Mona-Lisa Saperstein on Parks and Recreation, and she pops up in a lot of animation with her signature, whiny-but-hilarious delivery.

The issue here isn't the performance or the material, it's the marketing. It’s a tough sell because you have to convince listeners/readers to listen to an audiobook narrated by someone who's known for performances that are intentionally unpleasant. If you can get readers in the door, they’ll finish the book. Which is why I’m telling you to give it a shot.

Get Little Weirds at Bookshop or Amazon 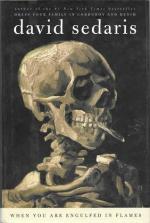 Sedaris is a rarity in the world of writing because his shows and live readings are as popular, if not more so, than his books.

And yet Sedaris does not have what I would call a “traditional radio voice.” I wouldn’t imagine most people would hear him and think, “Get that man on the radio doing Subaru commercials, stat!”

Sedaris is perhaps the ultimate writer to point to when someone asks what it means to “Find your voice.” The way his books are written, and the way he reads them aloud, feel almost the same. Nobody else could narrate his books. Nobody.

Get When You Are Engulfed In Flames at Bookshop or Amazon 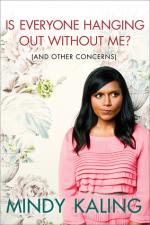 If you’re an author who’s known for writing and performing comedy, I’d say go ahead and read your own book. Especially if your characters and your speaking style somewhat match up with your actual personality.

BUT, you might think twice if you’re a stand-up comedian who is writing a book that is basically a scaffolding for your bits. The rhythm and so on of stand-up doesn’t always work when you’re reading aloud without audience laughs.

Get Is Everyone Hanging Out Without Me? by Mindy Kaling at Bookshop or Amazon 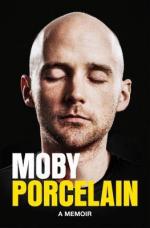 Moby's memoir, Porcelain, is a good book that is read so, so flat. Moby sounds like a courtroom stenographer reading back an entire court case about tax law in Missouri in the 1850's.

Here's what I kept thinking while I listened: Why do I I care about Moby’s life more than Moby does!? Is the cover a snapshot of Moby reading himself to sleep?

One thing a pro will do is add textures. They’ll modify the different voices a little to make them distinct. They’ll read things with varying levels of passion to keep things from feeling flat. It’s just…damn, this one is a shame because it’s a good book, but it’s a ROUGH listen.

Get Porcelain at Bookshop or Amazon 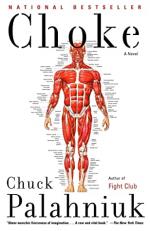 I love Choke as read by Palahniuk because listening to the way Chuck reads his own book gives me some ideas about how he lays things out on the page and how the words sound in his head. The way he reads gives insight into the way he writes and edits.

It's not a performance that's for everyone, but for writers, it's a clinic.

If you’re reading as a form of studying to be a better writer, sometimes hearing it from the author can be a big advantage.

Get Choke at Bookshop or Amazon

Got any you love? Any you can't stand? I'm in the market for a new listen as soon as I finish Ice Planet Barbarians.

Life-Changers and Soul-Crushers: 3 Books I Feel Blessed to Have Read & 3 I Wish I Could Obliterate from My Memory