I wrote about this in a recent article, but they really are very entertaining. A mediocre book can be elevated by a great performance from a voice actor, and a good book can be made great. Not only that, but sometimes famous actors take a stab at classic works. Take, for instance, Ethan Hawke's intense reading of Kurt Vonnegut's Slaughterhouse-Five.

But then there are the books read by the author. This can encompass a range of personalities, from authors that have no prior performance experience but are lending their words an authentic touch, to authors that are amazing performers and spike their reading with an extra something-something. This can also range from fiction to non-fiction to a weird place in-between.

Either way, knowing that the voice behind the words is communicating them exactly as they were intended is a unique experience. It's not for everyone, considering part of the allure of reading is how the imagination translates all the voices and attitude, but it can't be denied that this is the book in its purest context.

With that in mind, here are some great examples to make your morning commute, jog or daily chores all the more exciting. 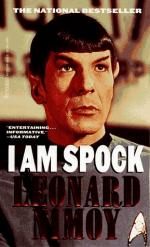 'I Am Spock' by Leonard Nimoy

Released in 1995, I Am Spock is Leonard Nimoy's second autobiography and sequel to I Am Not Spock, released in 1974. The first book sparked a bit of controversy at the time from Star Trek fans who believed Nimoy was distancing himself from the character and the franchise. This was between the end of The Animated Series and The Motion Picture, so the future seemed unclear for Trek and fans must have been skittish, and that made a good story for the media. The book itself, however, is more about Nimoy negotiating the differences between himself and the character, whom he loved to play.

Still, he felt the need to clarify his position two decades later, and the result is I Am Spock for which he also reads the audiobook. This especially is a delight, as the book is written from the first-person perspectives of Nimoy himself and Spock. For instance, the opening is a letter from Spock to Nimoy about how the title of the book is not logical. Switching back and forth between the characters, especially as they converse, is a treat, with the cadence of Nimoy's voice proving to be mesmerizing. Aside from a few appearances on The Next Generation television series, this is one of Spock's few appearances after The Undiscovered County, but before his cameos in the J.J. Abrams movies, so it's a must for Trek fans. 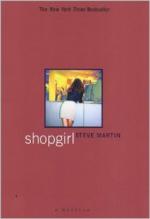 This 2000 novella is not the most obvious output from Steve Martin. The stand-up comic and actor, best known for absurdist roles like The Jerk and gentle rom-coms like Cheaper by the Dozen, has actually had a long and varied career. Not only has he written several screenplays, but plays blue grass music and has written two other novels. Shopgirl itself, a slim 130-page novella, is a rather somber affair, focusing on a young woman from Vermont that sells gloves in a department store. She's torn between two men, a young irresponsible musician and a womanizing millionaire. Martin also wrote the screenplay for the movie and played the millionaire, Ray, so it's obvious that this story is dear to his heart.

His reading is appropriately bittersweet. He takes it slow, communicating the mood of the main character that suffers from depression. The book is told in third-person omniscient, but there's a closeness and intimacy to Martin's voice that really draws the reader in. He cares about Mirabelle Buttersfield, the titular shopgirl with an aging pickup truck and Sisyphean student loan, deeply. It's unclear whether or not the story is based in any real-life events, but there's an emotional truth in the laser-focused story and how Martin's gentle, melancholy timber carries the audience. 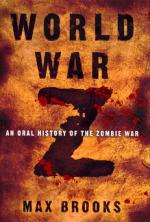 'World War Z: An Oral History of the Zombie War' by Max Brooks

This might be a headscratcher at first. The author is Max Brooks, who in a random bit of trivia is the son of legendary director Mel Brooks, and he wrote both The Zombie Survival Guide (2003) and World War Z (2006) as if they are based on real events. The novel, of course, focuses on the years after a zombie apocalypse. The living have won the war, but at great cost. The Interviewer (Brooks), an agent of the United Nations Postwar Commission, travels around the world talking to all walks of life, attempting to document the personal stories of those that were on the front lines of the war. It treats the events as hyper-realistic, with a focus on first-person perspectives, such as the Chinese doctor that encountered patient zero or a soldier that was in the Battle of Yonkers.

Along with being on actor, with roles on shows like Roseanne and 7th Heaven, Brooks has done extensive voice-over work, including Batman Beyond, Buzz Lightyear of Star Command, and Justice League, explaining his role in the audiobook. Although World War Z's audiobook was released in 2007 in an abridged form, it actually was re-released in 2013 (accompanying the movie that barely resembles the book) with new recordings of the missing segments. These segments include such famous names as Martin Scorsese, Simon Pegg, Henry Rollins and Mark Hamill, to name a few. 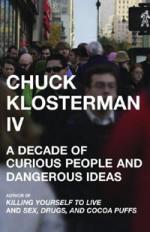 Chuck Klosterman is an author and essayist that is mostly known for covering sports and music for the likes of Esquire and ESPN, but also occasionally writes humorously on pop culture. His first collection of pop culture essays was Sex, Drugs and Cocoa Puffs: A Low Culture Manifesto (2003), with such off-the-wall topics as the unrealistic expectations Say Anything and When Harry Met Sally have created for modern romance, or why soccer is an entirely un-American sport. While he did read Sex, Drugs and Cocoa Puffs' audiobook, and his nasally monotone is perfect for the degree of snark at play, it's Chuck Klosterman IV (2006) that really shines. This one consists not just of articles but interviews with famous figures, from Val Kilmer to basketball star Steve Nash, an incredible snapshot of the early 21st century, and has other voice actors interacting with Klosterman.

Take, for instance, his interview with Britney Spears from the November 2003 issue of Esquire. His commentary alone is hilarious, with the opening line being "Twenty feet away from me, Britney Spears is pantless." But his analysis of how Spears, for a large chunk of the early '00s before she burned out (only to have a quiet comeback), straddled the razor line between Madonna and Whore in the American consciousness is greatly enhanced by a voice actor mimetically reproducing the singer's replies to questions. This includes such bon mots as, "I don't even want to think about that. That's strange, and I don't think about things like that, and I don't want to think about things like that. Why should I? I don't have to deal with those people. I'm concerned with the kids out there. I'm concerned with the next generation of people. I'm not worried about some guy who's a perv and wants to meet a freaking virgin." 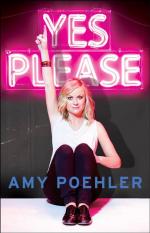 Amy Poehler's 2014 memoir is a gem. A reply of sorts to her comedian partner Tina Fey's 2011 memoir Bossypants, it jumps around within her life and delightfully goes off-book at times, with Poehler riffing and commenting on her own words. The actress, best known for her role of Leslie Knope on the sitcom Parks & Recreation, is also a staunch feminist and the book shows that. She really shows what it's like to be a woman, but also a strong woman that is firm in her beliefs. This means she tackles such tough topics as her feelings on her own body, what it's like being a mom and her divorce from actor Will Arnett.

And the audiobook, that received a nomination for Best Spoken Word Album at the 58th Annual Grammy Awards, includes not just Poehler but several of her friends making appearances. So Carol Burnett, Mike Schur and Kathleen Turner, amongst others, show up to chime in. There's also a live recording from the Upright Citizens Brigade Theatre that is unique to the book. But mostly it's Poehler's incredibly approachable, sing-song attitude that makes the book a must-listen. The actual physical copy may have pictures, but there's nothing like hearing Poehler read "Plastic Surgery Haiku".

Audiobooks don't always get respect. Some look down upon them as a lesser form of entertainment. On the other hand, they're a sure-fire way to pass the time without doing the heavy lifting. But the voice actor is really key.

Sometimes a man can't mimic a woman's voice, or a child's, and vice versa, and you're stuck with that for hours. Sometimes choices are made that are baffling. And certainly there's something to be said for a text being open to interpretation. But there's also something pure about knowing this is the way the author intended it.

And it helps when they're a good enough reader to pull it off.

5 Reasons Why Children's Books Are Bullshit

I think Stephen King is my favorite author/reader, with Neil Gaiman coming in closely behind. King's reading of "1408", as well as longer works like Needful Things and Bag of Bones, are just terrific and add an old-time storyteller vibe to the stories, letting them creep up on you when you least expect it. Gaiman's reading of things like The Graveyard Book or "Sunbird" from his collection Fragile Things is equally charming and folksy as King, but in a decidely more British way.

For nonfiction or comedy, Nick Offerman takes the cake. Any of his books are worth the ride in my opinion.