Why These 5 Books Are On So Many School Reading Lists

Holes, Anne of Green Gables, Things Fall Apart, The Catcher In The Rye, The Great Gatsby, 1984, Animal Farm, most of Shakespeare's plays. These titles share a commonality in the sheer number of dog-eared copies that litter school desks and are jammed in lockers and backpacks.

Love them or hate them, these classic English class titles aren't going anywhere any time soon. But how did it end up that way? What about these specific books helped them make the leap from the store to student desks across the country? 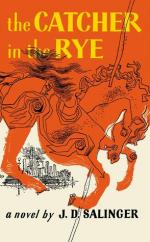 The Catcher In The Rye has a strange history of dancing in and out of classrooms. The novel itself doesn't exactly sing the praises of the American educational system, and its inclusion in the curriculum has periodically lead to the firing of teachers. In an article titled “Why We Teach Catcher,” a number of Santa Monica High School educators discuss why they continue to ask students to read J.D. Salinger. Their responses ranged from its continued relevancy as a coming-of-age story to the usefulness of the themes. 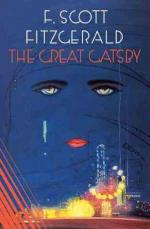 It's safe to say that F. Scott Fitzgerald would be more than a bit surprised by Gatsby's legacy. When the author died of a heart attack in 1940, fewer than 25,000 copies of the novel had sold. Today, a half-million copies of The Great Gatsby are purchased each year. A New York Times article from 1960 looked back on the book from its 35th anniversary and  had already dubbed it a classic. It seems that Gatsby smoldered over time, at first believed to be a flash in the pan, a quickly forgotten remark on the time in which it was written. It took a number of critical essays in the mid-1940s to really turn the tide of public opinion on Gatsby, transforming it into the classroom classic it's known as today. 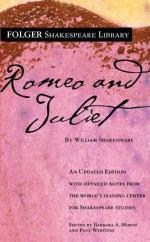 3. 'Romeo and Juliet' by William Shakespeare

Nothing says high school English class like Shakespeare's tale of two teenagers who die miserable, unnecessary deaths. Shakespeare's works are widely studied in general, whether students are exposed to Romeo and Juliet, Macbeth, A Midsummer Night's Dream, or his sonnets. This history of teaching the Bard, put together by the Royal Shakespeare Company, connects the popularity of his works in English schools to a sense of national pride, but warns of the dangers of exposing students only to the written text of his plays. "The unsuccessful methods [of teaching Shakespeare] normally display two features: they are non-dramatic and they reflect a tendency to regard school children as textual scholars in embryo,” said Shakespeare And The Classroom author, A.K. Hudson. 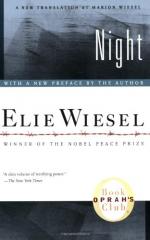 First translated into English in 1960, Night recounts the author's experience with his father in the Nazi German concentration camps at Auschwitz and Buchenwald. A PBS teaching guide highlights Night's first person narrative structure. Wiesel's experiences are good fodder for discussion, and provide students a gateway to the events of the Holocaust in the form of a gripping coming-of-age story. 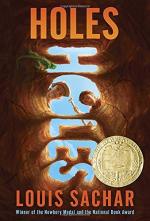 One of the more recent titles on this list, Holes didn't become a popular read until the 1990s when it began to appear in elementary and middle schools. With a plot that centers around curses and the prominence of fate, it makes for a good introduction to symbolism in literature at an early understandable level. Scholastic even offers a teacher's guide for the book that hones in on symbolism and comprehension. When describing the love of Holes in an article at the Children's Book Cellar Blog, the author writes: “Because the plot itself is a palindrome. Or a web. Or a Mobius strip. Or a spiral...The story takes place in the present, the past (about a hundred years ago) and the distant past (three generations ago).“

What were you required to read in school? Did you love English class reads or loathe them? Let us know in the comments!

Where Is All the Feminist Vampire Literature?

Between the Devil and the Deep Blue Sea: 10 Dark Nautical Novels

Never liked Gatsby. Tried reading it again recently, and I still don't quite get what the fuss is about. Same with Catcher. Maybe it's because I'm not from the USA, but it might also be that I'm removed from the culture that spawned the authors and their themes.

Never heard of Hole before, so that is a welcome addition to my unending reading list.

I often wonder on how important it is to read the canon of one's literature, versus being familiar with the canon. I've never read the Odyssee nor the Iliad nor a good many other classics of the canon, but I know the stories, I understand the cultural references and allusions. So, do I need to read and study these works in depth to participate in our culture?

I imagine it helps, but is this our best approach to learning, exploring, and celebrating our literature? I'm still cogitating these ideas, and doubt that there is a simple answer in the end.

My school had Charlotte's Webb and Where the Red Fern Grows as staples. And of course Romeo and Juliet. I didn't have Gatsby or Catcher. I never had the other two, and actually never heard of them.

And we also read Death from Child Abused. Those are the ones that stick out...

In the world of learning, it’s not enough to just read. You also need to read well-written and well-structured books that can help you learn how to learn. I’m talking about books like the 5 books listed above. Here you can visit https://www.proessaywriting.com/write-my-assignment/ to get useful information for your thesis task. These books will help you not only improve your learning but also help you improve your selling skills. By reading well-written and structured books like these, you can improve your ability to learn and increase your odds of success in learning.