Why You Should Write Something Pointless

Have you ever heard of water calligraphy?

Here's how it works.

Basically, a person, often an old man, goes to the park. He brings a water bucket and a stick with a sponge strapped on the end. He finds a spot of concrete, and he dips his sponge in the bucket. Then he writes. Beautiful, ornate characters on the sidewalk, carefully formed.

The characters last for only a short time before they dry out and disappear.

The man in the park doesn't have any tangible product to walk away with. No lasting results to tinker with and improve. Just a dry patch of sidewalk where there used to be something.

In a lot of ways, it's a really pointless pursuit. But that depends on your definition of pointless.

A little pointlessness might be just what you need in your writing life.

You should try a pointless writing project. Something with no planned outcome, no goal. Something where you write, and then you burn the pages. Delete the files. Let the work dry out on the sidewalk.

You need pointless writing in your life. Here's why.

You Can Write Without Thinking About How To Sell

I used to be in this writing group. And there was one member of the group who brought in her manuscript for a teen ghost story. The story wasn't bad, the writing wasn't bad, but something about that manuscript was...off.

It turned out that this writer had gone to lots of writers' conferences, and she'd shown these opening pages to lots of different people, agents and publishers and people who do lectures. They'd filled her head with their different rules, and then this writer, she filled her pages with the same rules. This must happen by page X, otherwise you'll end up on the slush pile. If we've gotten to page Y without X happening, slush pile.

Dozens of people told her dozens of things about the slush pile. That's all this writer talked about. The slush pile.

That's the chorus for this essay. Fuck it.

This writer, she wasn't wrong to want to stay off the slush pile. She was wrong because she spent all her energy keeping her book off the slush pile before the book was even written. And that's impossible. It's like trying to shoot a basket in a field where a basketball court hasn't even been built yet. There WILL be a basketball court here, someday, and I'll just keep tossing this ball in the air in hopes of scoring points. That's madness.

There's a lot of advice about writing for publication, but I don't know how much that helps the actual writing part. And the pressure on writers to find a home for their own work is worse than ever. Self-publish, digital, agents. It's all on you.

That's the chorus for this essay. Fuck it.

You can write something you want to write, something you were meant to, and you don't have to consider whether it will have a home when you're finished.

You Can Make Switches And Keep Momentum

And the best part, you don't have to go back and erase what you've done. Fuck it. Just keep moving forward. Keep the momentum.

For a lot of writers, making a fast switch is not an easy thing to do. They feel the need to go back and catch everyone up. Going back and refreshing everything to fit your new idea, sometimes it's so much work that you'll stick with a bad idea. God knows I'm guilty of that one. "Spidey N' Magoo" isn't something I made up just for this essay.

With a pointless project, there's no need to do the boring stuff. Just switch gears right where you are and keep going.

You Can Write Something Truly Awful 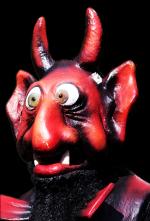 I mean that in more than one way.

You can write something that's garbage, technically. You can piss all over Strunk & White, make them Stink & Yellow instead. Because it doesn't matter. Nobody's ever going to see it.

But when I say "awful," I mean that in ways that go beyond misspellings and clumsy sentences.

Maybe you want to write a sex scene and you want to base it on something too close to home.

Guess what? If you're burning the project away, you can. Fuck it.

In the immortal words of Nelson Muntz, writing something awful that never goes anywhere is "...a victimless crime, like punching someone in the dark."

LitReactor staple Rob Hart shared an outlining trick he learned once upon a time:

Go chapter-by-chapter, and then trash it. A day or two later, do it again. You remember the good stuff and forget what doesn't work. I do that three or four times, until I feel good, and then it's all typing.

It's simple. You write something pointless, toss it in the garbage. Fuck it, right?

But then, those good things, those gems will stick in your head. You'll keep polishing them in your brain. It's those gems that you want in your finished work anyway.

You won't forget the gems. 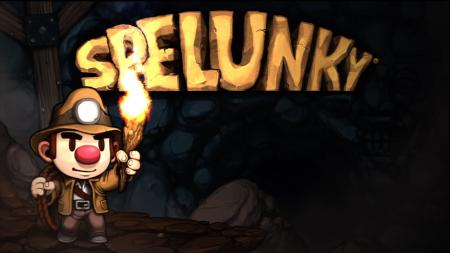 Let me explain a little bit about a game called Spelunky. If you haven't played it yet, you really should.

In Spelunky, you're an explorer working your way deeper and deeper into a series of caves.

This is really frustrating at first. You can't learn a level. You can't figure out the tricks to getting through certain, defined, tight spots. Each life, each playthrough seems pointless because there's so much luck involved. You can end up with a really difficult level or a really easy one. Why even play the tough ones? You might as well reset until you get a string of easy levels, right?

After you play for a while, you figure it out. Spelunky is a game that's not about beating levels and progressing in the traditional sense. You don't collect items. You collect skills. It's a game that rewards being so damn good at Spelunky that you can handle anything the game throws at you.

That should be your goal as a writer too. It's not always about finishing this or that piece, turning in this or that work. It's about practicing, working on craft, and getting so good that you can handle everything. You can bust through blocks, no problem. When you run into a flat character, you know what's missing. You can have a deadline, be sick as hell, and write the damn piece while you're night-sweating through your pajamas.

When you can stop collecting word counts and pages completed, when you can say "fuck it" and collect skills instead, you can make huge, fast improvements as a writer. 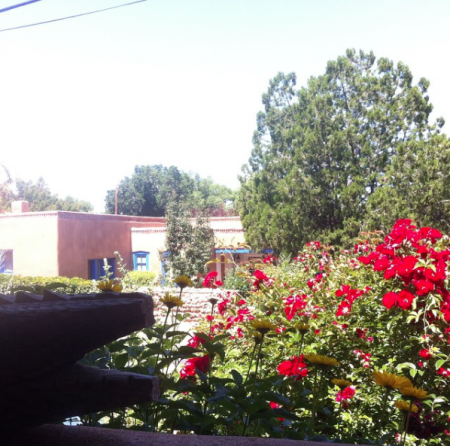 I was with my brother on this front porch in New Mexico last summer when he asked me a hypothetical question:

If you could live here, on a stipend, you're totally comfortable, and you have to write a few hours a day and do nothing else, and you could do this for two years, BUT, at the end of two years you couldn't use any of the work you produced...would you do it?

On the one hand, it's what we all want, time to write. On the other hand, the idea of burning all that work would be tough to swallow.

I'll say this, though. You'd walk away with skills. You'd walk away having written a lot of brave shit that you might have skipped over because it's got nowhere to live in print or online. Saying "fuck it" before you sit down to write every day for two years could have its advantages.

Think about it. Would you do it?

6 Ways to Fall in Love with Writing

Hell yes I'd take the two years writing. Hands down.

Absolutely. The gems are the ones that will stick with us anyway right?

I called this time college.