Whenever a renowned writer turns their quill on the behind scenes of a fellow penpusher, the results are often a mixed bag depending on the motivations of the author. Revenge or jealousy may be the ignoble impetus, or a devotion so deep that the prose dips into an undigestible worship. Here are four examples of writers who wrote it right—A.E. Hotchner, Eileen Simpson, Salman Rushdie, and Martin Amis—and their balanced memoirs that slip us satisfyingly behind the curtain without antipathy or idolatry. 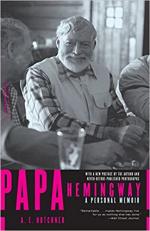 Ernest Hemingway was full of cock and bull, and his friend A.E. Hotchner learned how to spot the times Papa told tall tales by paying close attention to the particulars and teasing out the inconsistencies. One such time, Hemingway began a salacious story by describing a one-night stand with spy Mata Hari. He dipped into misogynistic sordid detail, right down to the femme fatale’s wide hips, when a glaring implausibility struck Hotchner—Hemingway hadn’t stepped foot in Europe until a full year after Mata Hari had been executed for treason. In Hotchner’s mind that didn’t detract from Papa’s reputability, as he reckoned what it was about and mused, “After that, I was always on the lookout for the practical-joke fantasy.” These fabrications weren’t the only thing Hotchner took note of. He also recorded a diamond or two cut from Hemingway’s liquor-inflated discursiveness.

Poor Faulkner. Does he really think big emotions come from big words? He thinks I don't know the ten-dollar words. I know them all right. But there are older and simpler and better words, and those are the ones I use."

It’s through the long lens of history punctuated with other Hemingway biographies that we can now read Hotchner’s memoir with precision and poignancy. What emerges from Papa Hemingway, written five years after his suicide, is an unhinged soul tormented by inner demons compounded by alcoholism. Sadly, most everyone tip toed around Hemingway’s outlandish behavior, whether he harmlessly lied about past exploits or was given a pass to go behind the closed circus doors to talk to the animals prior to a performance. He was a grandstanding know-it-all—a personality who knew he was expected to be entertaining on one topic after another.

Like a modern day Samuel Pepys, Hotchner’s skill is recalling colorful conversations. He paints a picture of an artist in motion, always searching, finding fleeting happiness in drink, commanding attention. And all the while, we know the narrative leads tragically to a shotgun blast. Hotchner was an excellent writer (other revealing books are on Doris Day and Paul Newman) and we end up caring all over again because Hotchner sincerely gives a damn about this expiring legend.

Get Papa Hemingway at Bookshop or Amazon 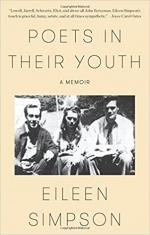 Eileen Simpson gifted poetry aficionados by composing a percipient profile of her years with first husband John Berryman and his close friendship with Delmore Schwartz, among other notables. As Simpson’s light shines on these “hypertrophied conscience” poets, she depicts the two young men with everything on the horizon and exposes the idiosyncratic tics that shaped their finest writing.

In one anecdote, Simpson recounts a heated exchange at a poetry reading afterparty hosted by literary critic R.P. Blackmur and his wife Helen, when Delmore pompously announced he’d slept with five poetry groupies. Helen, a painter known not to tolerate her husband’s social set, mockingly retorted, “only five.” Delmore flared back by saying the women should be having babies. Simpson recorded Helen’s final shot across the bow that leveled the sexist attack, “I never know how much we who are childless should congratulate our unborn on what they’re missing.” Social inelegance such as this may have contributed to the fading literary star of Schwartz.

Simpson’s book channeled deeper when examining the inner workings of her ex-husband, and she sculpted a robust figure of the tortured Berryman, born John Smith, whose father committed suicide outside the family home when John was a child. That event served as the catalyst for much of his expressive poetry which is still admired today, though at a great cost to the poet … and his marriage. Simpson laments,

After the night on the esplanade I became aware of the presence of a tall mute shadowy figure whose features I could not make out, a figure whose power over John was as strong as his mother’s. It was the specter of John Allyn Smith.

Get Poets in their Youth at Bookshop or Amazon 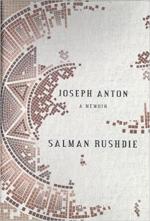 It’s a bit cheeky to include Salman Rushdie’s book about himself and his time under government protection; however, Joseph Anton—the alias, the pseudonym, the memoir—comes across as a fully formed individual sired out of life and death necessity. On Valentine’s Day, 1989, Ayatollah Khomeini issued a fatwa ordering Rushdie’s execution after Iran’s spiritual leader proclaimed The Satanic Verses as blasphemous. The UK police providing Rushdie’s safe-haven asked him to come up with an assumed name, so he chose a moniker out of respect for his favorite authors, Joseph Conrad and Anton Chekhov.

‘Joseph Anton.’ He was trying to get used to what he had invented. He had spent his life naming fictional characters. Now by naming himself he had turned himself into a sort of fictional character as well. ‘Conrad Chekhov’ wouldn’t have worked. But ‘Joseph Anton’ was someone who might exist. Who now did exist.

Joseph Anton reads like a cloak and dagger adventure. In a PBS interview Rushdie remembered, “It sort of turned into a thriller, thriller slash spy novel. You know suddenly there were spies in it, secret policeman. There were international assassins.” Despite this, the book was far from fiction, and the climate at the time was deadly for Rushdie—and his associates. Four Iranian men were arrested on suspicion of being part of a hit squad. Bookstores that sold The Satanic Verses were bombed. Assassins targeted publishers and translators over the globe with several ending up seriously injured and one murdered. The death threats continued relentlessly, even a sixteen-year-old girl at a Muslim Youth Conference called for Rushdie to be stoned to death.

To compound Rushdie’s dilemma, his second wife, Marianne, who’d been preparing to divorce him prior to the fatwa, stuck around only to later separate after beginning an affair with a friend of the couple. The author weaves humor into his bleak narrative, and a shining example of this wit is when he describes how the police had convinced him to wear a wig that he thought made him look ridiculous. They drove to a busy London street to test out the results.

When he got out of the car every head turned to stare at him and several people burst into wide grins or even laughter. “Look,” he heard a man’s voice say, “there’s that bastard Rushdie in a wig.” He got back into the Jaguar and never wore the wig again.

The heart of the memoir beats loudly as Rushdie conveys finding precious time to be with his son, Zafar, and the collection of friends who publicly voiced support of him or hid the embattled author in their homes throughout a nine-year-long shuffle around the world.

Get Joseph Anton: A Memoir at Bookshop or Amazon 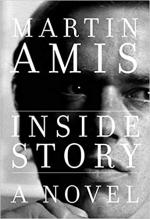 Fiction meets real life in this melodiously crafted Martin Amis book, a 500-page juggernaut that arose after the death of his close friend, essayist Christopher Hitchens. In coming to terms with the loss, Amis ponders life in a rearview look at the people who had surrounded him: his father Kingsley Amis (Lucky Jim), stepmother Elizabeth Jane Howard (The Cazalet Chronicles), poet Philip Larkin (High Windows), and mentor Saul Bellow (Herzog) to name several. Through it all, he returns often to what has been a long lasting relationship, the writing.

Don’t let your sentences peter out with an apologetic number, a trickle of dross like ‘in the circumstances’ or ‘at least for the time being’ or ‘in its own way’. Most sentences have a burden, something to impart to get across: put that bit last. The end of a sentence is weighty, and that means it should tend to round off with a stress.

This “How to Write” (aka the book’s interior subtitle) morsel along with many others are stitched into the narratives, making a “baggy monster” that Amis admits is no longer in vogue, and yet that’s what he’s constructed. A more extensive example is the insertion of the entirety of his short story “Oktober” which appeared in The New Yorker. Baggy monster or not, these extras don’t undermine the flow, and instead build on the book’s foundation of his most intimate relationships.

The last quarter of the novel finds its emotional core when Amis reflects on Saul Bellow, a giant in his world who succumbed to Alzheimer’s. Anyone who has watched a loved one fade from the crushing thumb of Alzheimer’s knows the power and pain this disease wields. How Amis seamlessly connects the passing of this friend, and others, using Larkin’s poetry, passages from Bellow’s prose, and other literary comforts like Vladimir Nabokov is a true marvel. He finds meaning and guidance in the afterlife of their words.

What resonates less is the character of Phoebe Phelps, an amalgamated femme fatale based on several of the author’s early romantic relationships. While I understand why this approach may have been preferrable, or even necessary, in a book featuring strong feminists as Hilary Bardwell (Amis’s mother) and Iris Murdoch, it feels like an obsession with an apparition and, for me, comes across unfulfilling.

Still, Inside Story is intricately woven and for longtime Amis fans, ultimately one of his finest novels, right up there with London Fields (1989) and The Information (1995). It also can be seen as a companion piece to his earlier memoir, Experience (2000). Amis claims this is his last “full-length fiction.” Let’s hope not. Sure, at times it’s baggy, but hey, go with the flow. Inside Story is consolation for the soul.

Get Inside Story, Martin Amis at Bookshop or Amazon

Write What You Don’t Know

A Real Monster: Writing About People You Know

The Sinful Virtues of Marginalia and Highlighting in Books

I'm a kind of writer myself! I am very inspired by the work on family values! They inspire me to write such works as symptoms of cyberbullying and many others that I write on my blog!