When Stephen King finally got himself clean and sober, he replaced his addictions to booze and coke with a healthier obsession: his writing. He confirmed as much in an interview with Rolling Stone back in 2014. When asked whether or not his writing is an addiction, he replied:

Yeah. Sure. I love it. And it’s one of the few things where I do it less now and get as much out of it. Usually with dope and booze, you do it more and get less out of it as time goes by. It’s still really good, but it’s addictive, obsessive-compulsive behavior. So I’ll write every day for maybe six months and get a draft of something—and then I make myself stop completely for 10 days or 12 days in order to let everything settle. But during that time off, I drive my wife crazy. She says, 'Get out of my way, get out of the house, go do something—paint a birdhouse, anything!'

It's more or less been proven that artists and creative types don't have a genetic predilection to addiction. Rather, as neuroscientist David Linden, speaking with Scientific American, explains, the chemicals addictive substances release in the brain can have a direct and "positive" (i.e., pleasure-stimulating) effect on those nebulous "creative juices." In other words, the beer, whiskey, cocaine, heroin, etc., makes the artist feel good, and if those good feelings come about while the artist is at work, then their brain gets tricked into thinking they need the substance in order to make their art.

That's how it worked for Stephen King: he had to get loaded before he could write; ditto for Ernest Hemingway, F. Scott Fitzgerald, Charles Bukowski, Raymond Chandler. The list goes on, where fiction writers are concerned. Of course, the matter isn't as simple as "substance=creativity," because in pretty much all cases of addicted artists, it isn't so much that they're using substances to fuel their creative process, but rather to escape their depression and pain, because it's hard to do what you love when you're crippled by despair (and the link between creativity and depression is pretty well established; the numbers are particularly bleak for writers). Kurt Cobain and Amy Winehouse come to mind here, as do pretty much any artistic heroin addicts who died young.

If one's creative endeavors get in the way of living one's life, if it's negatively affecting your loved ones, then it follows that one should quit this thing, yeah?

In the cases of those that made it out, it's common to see one, less detrimental addiction taking the place of the deadlier one. That's why weight gain is such a problem with recovering addicts—if they can't get high, they'll stimulate the brain's pleasure centers with food. Or, conversely, they'll become exercise and health nuts, a better alternative to overeating, to be sure, but one that's not without its consequences; nothing done in excess is a good thing. But so long as the replacement addiction is neither harmful to the person nor the people around them, their family and friends, then there isn't much cause for concern.

Going back to King and his replacement addiction, writing (the very thing the original addiction was supposed to enhance): if one's creative endeavors get in the way of living one's life, if it's negatively affecting your loved ones, then it follows that one should quit this thing, yeah? Or at least rein it in, get it under control, correct?

While it's more than likely Tabitha's annoyances at her "junkie-itching," non-writing husband are mild and loving, it is entirely possible to write so much that you basically become a non-functioning human, a slave to the creative endeavor just like any other addict is enslaved to their drug of choice.

I know, because I lived it.

My personal history of substance abuse is quite rich. I've long struggled with depression and anxiety, and I used drugs to alleviate these negative emotions—primarily, alcohol (whatever I could my hands on, but mainly beer and whiskey) and pot (which, while chemically nonaddictive, can be psychologically addictive for all the reasons outlined above). I won't go into the gritty details, but at a certain point I quit drinking and smoking altogether. Now, I drink only occasionally and continue to stay away from pot, only because it began heightening my anxiety rather than quelling it, but also because I have to be leery and cautious of any substance or behavior that I could potentially latch onto (morally speaking, I support marijuana's full decriminalization). The biggest thing I struggle with these days is sweets.

But I also had to get my writing addiction in check. Long after I'd reintroduced casual drinking into my life, I realized I really loved writing fiction and wanted to seriously pursue it again (I'd tried and found little success earlier in my life, back when I was still fucked up all the time). In virtually no time at all, this decision went from putting words down in the morning to literally writing all the time, breaking only to show up to work, eat, and sleep. Or, if I wasn't writing, I was researching magazines to submit my work to, reading various "how to" texts on writing, or endlessly checking my email to see if there was a response from one of the places I'd submitted to.

It didn't matter much what else was going on in my life. Christmas Eve, and everyone's sitting quietly in the living room drinking eggnog: that's a good opportunity to duck into my office and write the next chapter in that sci-fi-horror novel I was working on at the time (never finished it). At my then-girlfriend, now wife's birthday dinner, waiting for our food to arrive: let me bury my face in my phone and refresh my email app incessantly. Had plans to spend the day outside at the park with the lady: well, that's just going to have to wait, because I'm on a roll here and I can't (refuse to) stop, to the point when I am finally ready to stop it's dark out and the day is gone.

Some of this behavior manifested out of FOMO—fear of missing out; I was convinced that if I didn't dedicate every moment of my free time to the pursuit of writing, I'd never find the success I was looking for. But mostly, the writing was compulsive, and I didn't think much about the timing of it, or what it might be interrupting. 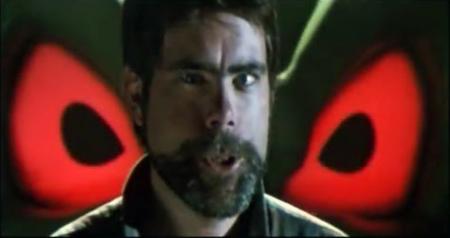 To some degree, it is true we creative types don't have a say when inspiration strikes. Author Elizabeth Gilbert once related a story told to her by Tom Waits, in which the singer became suddenly plagued by a "beautiful melody" while stuck in traffic in Los Angeles without a notebook or a tape recorder. This was a source of panic and distress for Waits, until he absolved himself of control and told the song to either come back to him in the studio or "go bother Leonard Cohen."

I had to learn this lesson too, that not every spark of creativity had to be addressed immediately and in full. I could just jot the idea down in a notebook real quick, or, if that wasn't possible, just let it go and hope it returned at a more convenient time (it usually does). But beyond this, I also had to accept that actually living my life and experiencing things in the moment would make me a far better writer than endlessly slaving away at a computer screen or my phone.

And when I say I had to, I mean it: my future wife had to lay down the law with me and insist that either I made time for her and kept our dates together, or she'd move on. I could have been stubborn in that circumstance, I could have chosen to force this all-or-nothing writing life upon myself and let the love of my life walk out the door, but that would've been very Ebenezer Scrooge of me. Because it's not an either-or situation. You can live or life and be happy and also be a writer. Otherwise, working the way I was, it wasn't much different than being fucked up all the time.

I still have to watch myself, in the same way that it's not a good idea for me to drink when I'm feeling down. I get maddeningly restless when I don't write each day. I often find myself wanting to cancel my plans for the day so I can keep writing, or itching to go into my office and hammer out a scene or story I have in my head fifteen minutes before bedtime, rather than just scribbling out the gist of the scene or story for the moment, going to bed, and writing it in full the next morning. I have to make myself lock my phone and put it away during family gatherings, events, and holidays (I'm still not so good at this one).

Not every writer will behave like I did. I realize that. But if you've struggled with addiction of any kind in your life, just know it's a possibility. As I said earlier, anything done in excess is a bad thing, no matter how good it makes you feel. And, when it's going well, writing—or any other creative endeavor, for that matter—feels absolutely amazing.

So just be careful out there, and write responsibly.

The Grim Specter of Writer Suicide

One Year of Podcasting About Stephen King: A Retrospective

Hi, Thanks for the article. I found it quite interesting. It is interesting to me whether essay writing also will make addicted? Because https://procollegeessays.com/examples/ could save me from that))