Over at Forever Young Adult, we have a term we like to use to describe the feeling or action of being totally obsessed with something. It sums up the tingles of giddy excitement that sweep through your body when you think about your favorite author or TV show, as well as the complete irrationality of your subsequent behavior. The term is "swimfan," which we borrowed from a movie starring Erika Christensen as a bonkers psychopath who becomes fixated on a high school swimmer. (To be fair, that swimmer was Jesse Bradford, and he's pretty hot.)

I'm telling you all of this so that you'll understand what I mean when I say that I am a huge swimfan of Meg Cabot.

You've probably heard of Meg Cabot before, because she wrote The Princess Diaries series, which Disney later turned into two films. I love this series, but I fear that it occasionally turns off potential readers who assume that Cabot is too girlie or twee for their tastes. If you fall into this camp, I urge you to read on so that I can convince you otherwise. And to my fellow Cabot swimfans, I hope you'll enjoy this celebration of her fabulousness.

Cabot graduated from Indiana University with dreams of becoming an illustrator, and while she is artistically talented, I'm relieved that she switched to writing books. Based on her prolific output, it was clearly the right career move. The sheer volume of her work is staggering, and it's not just limited to the young adult genre. She's released books for middle grade readers and adults as well, and she's even published several romance novels under the pen name Patricia Cabot. I tried counting all of her books but gave up halfway through and decided to just send you to this page because WOW. Meg Cabot is like a one woman Carolyn Keene.

But a huge list of books wouldn't matter if none of them were good. And that's the thing about Cabot. She writes quickly, but she writes well. Her novels shine with her signature sass and wit, and while the main characters might have a few traits in common, they're qualities I always want in a heroine, like intelligence and a sense of humor. Cabot creates characters that instantly feel like your best friends, and long after the final page of each book, you'll catch yourself wanting to call one of them up just to dish about your day.

As a loyal swimfan, it's my job to convince everyone I meet to read a Meg Cabot book. And since her catalog can be overwhelming, I've selected three different novels that exemplify Cabot's charm and her knack for storytelling. 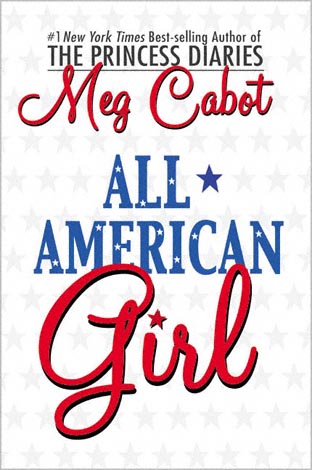 This book has all of the vital Cabot ingredients: a lovably flawed heroine, a swoon-worthy love interest, and an insanely compelling plot. Samantha Madison is an ordinary teenage girl with typical problems, until she accidentally saves the life of the President of the United States. In addition to turning into an American hero overnight, she also ends up with a huge crush on the President's son. Samantha's voice shines with authenticity, and her story is a wonderfully entertaining mix of awkwardness and hilarity. Plus, in the sequel, there's a sleepover at Camp David. What! 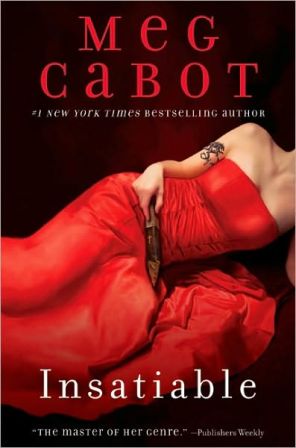 Tired of the Twilight-inspired vampire hype, Meg Cabot created the antithesis of Bella Swan in Meena, a soap opera writer who is sick of vampires but is forced to incorporate them into her show. However, her opinion of the undead instantly changes when she meets Lucien, a Romanian prince who also happens to be a real live (well, relatively speaking) vampire. Drawn to Lucien but disgusted by vampire misogyny, Meena gets caught up in a thrilling battle between vampires and the Palatine guards sent to kill them. And, of course, one of those guards, Alaric, happens to be insanely hot. I'm incredibly thankful that Cabot chose to write this book for adults rather than teenagers, because the sexiness gets turned up to panty-melting levels. To say this novel is juicy is definitely an understatement. 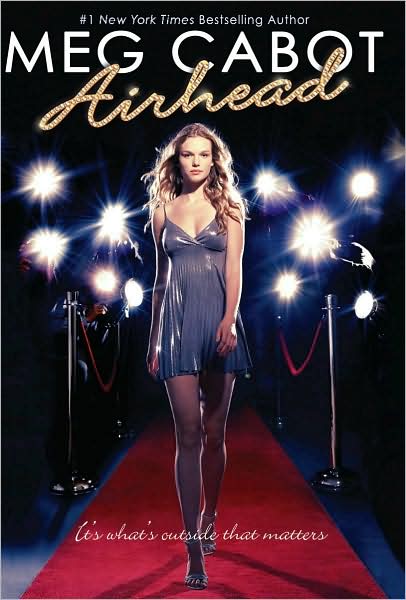 One of my favorite things about Meg Cabot is her ability to take an idea that sounds totally bananas and transform it into a deliciously readable book. For instance, what if an average looking teenage girl died in an accident at a chain store grand opening, but some secret scientist transplanted her brain into the body of a supermodel to carry out the mission of a greedy CEO? That sounds crazy, right? And yet, Cabot more than pulls it off in this trilogy following the life, er, mind of Emerson Watts. There's glamor, romance and intrigue, and by the end, it's easy to forget that the entire plot of the series is preposterous. Or is it?

Meg Cabot's talent for writing is enough reason for me to worship her, but I must conclude with the admission that I've met her, and she's every bit as delightful as her books. Back in 2010, she came to the Texas Book Festival, and my fellow Forever Young Adult writers and I took a chance and asked her to lunch. We figured she would say no, but to our surprise (and slight alarm), she agreed! It was a splendid two hours, filled with animated conversation (she asked us about our dreams) and a healthy dose of gossip (our lips are sealed). And she even taught us a valuable life lesson: If you're eating at a restaurant, order all of the desserts.

Anyone who shares that level of wisdom deserves to be crowned. Long live Meg Cabot!

YA Novels vs YA Comics

"As a loyal swimfan, it's my job to convince everyone I meet to read a Meg Cabot book"

Well, we haven't met but you've definitely convinced me.  Thanks for the article!