The first time I ever met Sarah Dessen, she gave me a free whoopie pie.

Really, that should tell you everything you need to know about what a fantastic person she is, but I can't pass up the opportunity to gush about what makes her such a terrific YA author as well.

Dessen is arguably one of the most popular writers in the young adult genre today, and yet she has never written a story featuring paranormal beings or magical powers. Her novels are strictly contemporary, and her characters wrestle with the kind of teenage trauma to which we can all relate. That might sound pedestrian to you, especially when combined with her book covers, but the magic of Dessen lies in her ability to dissect the emotions of her teen subjects while simultaneously respecting them. She separates feelings strand by strand and lays them all out on the page for you to slowly digest until you understand these teenagers more than you even understand yourself.

In many ways, Sarah Dessen is the literary equivalent of John Hughes. She pulls you into a world of awkward crushes and parents who just don't understand, yet never resorts to cliches or stereotypes. Her characters are vibrant, their voices and dilemmas both fresh and real. When a character falls in love, Dessen totally nails every single tingle and stolen glance to the point where the heroine's irregular heartbeat becomes your own. And if a character suffers a tragic loss, Dessen plops you right into the front car of the emotional roller coaster and carefully ramps you up to the top before sending you careening over the edge.

Beginning with That Summer in 1996, Dessen's novels have explored the theme of identity, but each book covers new emotional territory. In Lock and Key, the main character is abandoned by her mother, while Dreamland offers a haunting portrayal of domestic violence. This might sound like the stuff of after-school specials, but Dessen's writing is always driven by characters, not issues. And even when she's delving into dark places, her books offer a world in which I would love to reside. Maybe it's her quiet reflections or eccentric supporting characters, but no matter the plot, her novels always feel like the perfect companions, whether you're lounging at the beach or hiding under a blanket on a rainy day.

Picking out my favorite Dessen books feels as wrong as announcing favorite children, but here are three books that highlight the wonderful talent of this YA superstar. 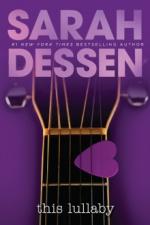 With a mother on her fifth husband, Remy knows better than to fall for the scam called love. She's cynical, even for a teenager, and she's determined to never depend on anyone but herself. But then she meets Dexter, an adorable weirdo and local musician who immediately begins to pierce through her emotional armor. Remy is probably Dessen's most badass heroine, and her painful struggles with trust are cushioned by the goofy antics of Dexter and his fellow band members. 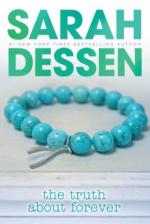 The Truth About Forever

Not only does this book feature Wes, one of the most crush-worthy male characters of all time, it also includes a deeply compelling portrait of a dysfunctional mother-daughter relationship. Several years after the death of her father, sixteen-year-old Macy strives to be the perfect girl. She's a model student and a dutiful girlfriend who always plays it safe, but when she decides to join the team at Wish Catering, Macy finally discovers the beauty of imperfection. Shining with humor and incredibly charming characters, Macy's journey will take her straight into your heart, and her slow-building romance with Wes easily sets multiple world records for swoon. (Or should I say, sa-woon!) 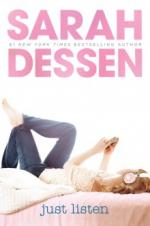 If you saw Annabel in one of her modeling ads, you'd assume her life is as beautiful as her smile. But since that fateful night at a house party, she eats lunch alone, away from the queen bee she used to worship. Her mother is constantly pressuring her to line up more modeling gigs, and her older sister is wasting away from anorexia. Annabel needs someone who will listen, and no one's got better ears for sound than Owen, the resident loner boy who's obsessed with music. This novel showcases Dessen's gift for tackling teen issues with a gentle, deft hand. She's always thoughtful, never preachy.

I feel the need to attach a warning to this column, because once you've read one Sarah Dessen book, her writing can quickly become an addiction. It doesn't help that she likes to bring characters from previous books in for cameo appearances, making it difficult for the reader to remember that this vibrant world isn't real. (Honestly, it's sad how excited I get when I spot one of my favorite characters in another book.) Thankfully, Dessen continues to write us tickets to visit the dynamic community she's created, and I plan on being a frequent visitor.

I am really jealous of you right now.

Dessen is by far my favourite author of all time. I love her and awesome books that she writes. You managed to write about her and why you love her in such a beautiful way, almost as if you looked right into my mind and took the words right out. I feel the same. In fact i preach Sarah Dessen to those poor unfortunate souls that have yet to venture in Dessen-land.