A go-to comics writer for franchises and film properties, Jeremy Barlow is a former Associate Editor at Dark Horse Comics and the writer of graphic novels such as Alien Vs. Predator: Thicker Than Blood, Mass Effect, Call of Duty: Black Ops 4, R.I.P.D., and fan favorite Star Wars: Darth Maul - Son of Dathomir. He is currently at work on a graphic novel tie-in to a huge film franchise, but we can't say more than that...yet. He can be found online at jeremybarlow.com.

When we first met, I had the privilege of reading a short story you wrote about a group of kids and a really creepy doll. You've spent your career writing comics, so how do you think writing prose differs?

Prose definitely feels like a high wire act by comparison. Comic book scripts are more like blueprints—they aren’t meant to be read outside of the very small audience of your editor and your collaborators. Your language needs only to communicate your ideas simply and directly. There’s no flower or burn to it.

Actually, that’s not entirely true. Your dialogue transmits directly to the reader, so there’s your opportunity to show off. Otherwise, though, the art is what’s telling your story—and if you’re lucky a great artist will elevate your ideas (just as a weak artist will sink you right to the bottom) The flipside of that is that a comic story is always a collaboration, never entirely your own.

Comic book scripts are more like blueprints—they aren’t meant to be read outside of the very small audience of your editor and your collaborators.

With prose, it’s all on you. You live and die by how well you bend the language, and the stakes feel so much higher.

If you're talking to someone who has never written a comic before, how would you describe the writing process? How is writing a comic script different than a film script?

There’s some overlap in structure, for sure, in terms of how it all looks on a page. Action is separated from dialogue and narration. That’s where it ends, though. This is oversimplifying a bit, but with film—and this goes for movies and television—you’re playing with time. Your story gets two hours (or 40-ish minutes for a TV episode), and in that span you can go anywhere and do about anything as long as you stick your landing at the end of those minutes.

With comics, you’re playing with physical space. A page can only hold so many panels, and a panel can only hold so much imagery and text. An average single issue of a comic book is 20 pages, and an average page runs about five panels. You’re telling your story through still images, and you get around 80-100 of them to do it, so it forces judiciousness and efficiency in your storytelling.

Once you wrap your head around that, you learn how to use the physical mechanics of comics to elicit specific reactions in your readers—how to guide the eye with your panel layout flow, and how to hide surprise behind a page turn, etc. It’s using math to do magic.
After writing comics for so long, though, I have a hard time letting my short stories breathe and go where they want to go. It’s just habit now to condense, condense, condense. It’s hard to break.

When you start working on a comic are you thinking of images, or story first?

It always starts with story. What kind of story I want to tell, or how I can find an emotional entry point into a work-for-hire assignment that might not speak to me initially. Once that’s solved, I figure out my ending and then work backward from there. The imagery comes along a little later in the process. At the ‘story beat’ stage, I look for the big moments that’ll need more room on the page, and the surprises that I can hide behind the page-turns. Otherwise, I know the artist will often have much better visual ideas than I will, so I try to give them the space they need to shine.

Do you feel pressure when working on properties that already have a huge fan base (such as Star Wars, Alien Vs. Predator)?

Only in that I want the story to be good, and I’m not sure I can pull it off. Whether that’s for some big property or my own personal work, the pressure’s the same. Of course I want, say, the Star Wars fans to enjoy the work, but I really believe that if I’m giving them something that’s emotionally honest and told well (as well as I can), then it’ll connect.

The trick I’ve found is to only work on properties I already care about. Writing something I like is hard enough, but finding the enthusiasm for a license I’m not into at all, it’s torture. Mostly because I know the work itself isn’t my best, and it feels like I’m letting everyone down.

When you write a comic script, how much detail are you giving to the artist? Are you describing everything in a panel, or leaving some room for the artist to add his/her flourishes as well?

Always consider the artist to be your partner—because in terms of time and effort, they’re doing the heavy lifting. When I started out, my scripts were dense with description. Camera directions, panel sizes, no detail left unexplained. I thought I was helping, but it was actually just strangling. And it came from a lack of confidence in myself, the process, and the audience.

My job is to lay the story out beat by beat, and then dig into the emotional context of each sequence or scene. Again, it’s terrible for prose, but I’ll often explain what the characters are thinking or feeling, and how that informs or undermines what they’re saying or doing. I’ll describe how I want the images to make the reader feel. I’ll spoil surprises by setting them up in advance (before the guy can pull a gun from that briefcase, the artist has to know it’s in there, etc.) All behind the curtain stuff.

That said, working that way really helps you understand your intentions and the nuts and bolts of your story. Everyone knows Hemingway’s ‘Iceberg’ theory; I do something similar I call working “outside the frame”—asking, what’s going on beyond those panel borders that the reader will never see?

Does the art ever not match up with what you envisioned? 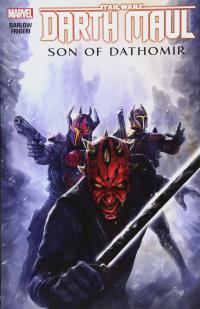 Oh, all the time. Like I said, you have to trust that your artist can think of ten different and better ways to convey the story’s information and subtext. Getting some pages back and being surprised by how your story’s been interpreted is the best. And the worst is seeing how your story’s been misunderstood. I’ve had books drawn by artists who didn’t speak or read English, and what’s come back has been radically different from what I wrote. It’s tough.

As a reader, what do you look for in the first issue of a comic series that will hook you?

The first thing I look for is how well the creative team uses the medium. If the first few pages are a “talking head” scene—if it’s a group of characters sitting around having a conversation, I’m out. I close it up and put it back on the rack. The writer has immediately lost my trust that anything that comes after that will be deliberate or well considered.

It’s like how you get pretty much everything you need to know by reading a novel’s opening paragraph. Comics are a visual medium, and you’d better be using that to its fullest. Look at a book I know we both love, Locke & Key—the first visuals you’re given are two sketchy guys knocking on a door and hiding weapons behind their backs. Mina answers. There are dead bodies in the pickup truck parked down the driveway. It’s immediately tense and engaging, and it doesn’t let up. And then you jump to Tyler moping about his boring summer, and you’re shown how he feels inside through his reflections in the pond.

It’s so good. Only three pages in, and I’ll follow Joe Hill and Gabriel Rodriguez anywhere they want to take me now. Because they’ve proven they know how to use the medium to tell a gripping story.

If you want to write a five page conversation that takes place entirely in a diner’s booth, go write a stage play.

What are some common mistakes beginning comic book writers make?

Mistaking comics for a stage play, like I said, or treating it like an episode of a TV show, where it’s all dialogue and the artist is bored to death re-staging people standing around. Or conversely, just trying to do too much on the page. Overloading panels with information, having different actions happening concurrently in the fore, middle, and background, etc. That shows you’re not being considerate of the reader’s eye; you’re sending confusing signals about what’s supposed to be important and what’s just color.

Finding that right balance of how much is enough just takes time and experience, and getting it wrong until you start to learn your lesson.

What is something you know now that you wish you'd know when you first started writing comics?

Just what every writer has to figure out—that it takes a long time to burn the shitty writing out of your system. Getting a handle on the craft takes so much longer than you want it to. That there are no shortcuts, you can only get better by doing, and you’ll probably never be satisfied with the quality of it. But that it’s worth every bit of agony.

I’d also tell past me to be kinder to myself, and that it’s okay to fall short. Rejection of the work isn’t rejection of the person. Writing is a such a personal and solitary pursuit, but it’s only one facet of who you are and what you have to offer.

And to say no to the Hawken gig.

Buy Alien vs. Predator: Thicker Than Blood from Bookshop or Amazon

Buy Darth Maul: Son of Dathomir from Bookshop or Amazon

Tyler Jones is the author of Criterium and The Dark Side of the Room. His work has appeared in the anthologies BURNT TONGUES (edited by Chuck Palahniuk), ONE THING WAS CERTAIN, 101 PROOF HORROR, and in Dark Moon Digest, Coffin Bell, Aphotic Realm, Cemetery Dance, LitReactor, and The NoSleep Podcast.

His stories have been optioned for film.

He lives in Portland, Oregon.

Blood in the Gears: A Craft Interview with Jeremy C. Shipp