Tade Thompson is an award-winning author who knows exactly how to hook a reader with captivating plots, fascinating sci-fi concepts, and unforgettable characters. He writes everything from flash fiction to screenplays, with a steady stream of publishing credits piling up under his name. And he has no intention of slowing down anytime soon. It was such a thrill to sit down and talk to Thompson about craft, story structure, and the nuts and bolts of his writing process.

Can you introduce yourself and tell us when you started writing?

My name is Tade Thompson, and I write books, short stories, and screenplays. I’ve been a writer since I’ve been able to read. My mom bought me a Fantastic Four comic, but she told me I had to learn to read if I wanted to know what was going on. That’s how I started reading.

Of course, I quickly realized I had to wait between issues, so I thought I might as well write my own. It started as a very practical thing for me. I just didn’t want to run out of episodes. But as I watched my sister write longer stories in her notebooks, I liked how tidy prose-only stories looked, so I progressed from drawing comics to writing prose.

I sold my first short story in 2000 or 2001, first to a semipro market, then a professional market. Around the same time, I wrote my first book, and it was horrible, like most first books are meant to be. But I kept writing and published my first novel in 2016, and have been publishing ever since.

You’ve been writing for a while and in so many formats. What is your writing process like?

I’m open to trying different things when I get stuck. I think that’s the more important than anything else.

There are many aspects to my process. In the morning, I generally wake up and do three pages of first draft stuff. And I do this no matter what. My goal is to just let it flow without stopping. And if I can’t, if I run out of ideas for the story I’m writing, I just write stream of consciousness until an hour is up. That usually ends up being around 1,000 words.

When I complete a first draft of anything, I schedule revisions for three months later. So, every afternoon I’m revising what the calendar tells me to revise from three months ago. I’m a person of routine, I write and then revise, revise, revise.

And then every Wednesday, I think of twenty ideas for stories. They don’t have to be good ideas, but after I do my morning pages, I sit down and think up twenty ideas. And I can’t stop until I do all twenty. That’s the nuts and bolts of my daily routine.

That’s such an interesting idea, to make time for your ideas weekly. How has that helped your writing?

I’ve found that I write in the moment, and coming up with ideas as I’m writing takes me out of that momentum. For me to stay focused, I had to detach one process from the other. And this has worked really well for me. I end up with a treasure trove of ideas, some of which are good enough to be stories on their own, and others are snippets for things I can add into longer stories for texture or subplots.

It also takes the pressure off of me when I might be asked to write a short story for a magazine or an anthology. I’m never panicking for ideas because I have entire notebooks full of them. Instead, I can focus on sitting down and writing.

In that way, it helps offset writer’s block. I’m never in a position where I don’t have at least a kernel of an idea to write about. As long as I have ideas to work with, I can revise until it’s something. There’s never a break in my writing, which also helps keep writer’s block away.

The dreaded writer’s block. How do you deal with that when it happens?

The thing is, it’s a common feeling. When I finish a big project, I always feel like that was my last good idea. There’s nothing left. If I let that feeling sit around too long, imposter syndrome sets in. But if I sit down and write, words start to come, and the feeling goes away. So, my idea notebook helps with that.

Another thing I’ve learned is that sometimes the reason I don’t have any words is because I’m too into the writing and I’m not out in the world around people with different opinions and views. I’ve exhausted everything I’m holding in my memory. I might just go sit in a café and listen to conversations, but I have to get out of my own head to find more words.

You seem so organized, so let me ask: Plotter, pantster, or plantster?

I’m the hybrid plantster. A large part of the enjoyment in the writing process has to do with being able to sit down, strike out into the ocean of words, and see where it takes me. That’s the part I enjoy the most. So that first draft is for me, it’s not for readers or my editor. Once I have a draft, I impose structure on the story with an outline.

Short stories and novellas are a different form of writing. The fact that they’re shorter doesn’t mean they’re easier. I plan them more because they have to be tightly packed. No fluff, no flack. Every word has to count.

For screenplays, I outline the old-fashioned way with cards. I write tons and tons of scenes in no particular order, and when I’m done, I spread the cards on the floor and place each scene in the order they need to go. This is far more detailed than just an outline because producers are not in the business of wasting their time or money. You have to know the story.

These are the processes that work for me, but I’m open to trying different things when I get stuck. I think that’s the more important than anything else.

Do you have any advice you’d give to new or aspiring authors?

Sit down and write. Don’t get bogged down with the art of writing or how pretty a sentence is. You can do that after you’ve done your pages for the day. And don’t judge what you’re writing. They might be very mediocre words, but you can always make them shine later. Just sit down and write every single day.

When you’re not writing, read as much as you can, but read critically. Ask yourself why questions. Why does this book keep you turning the pages? What makes the prose flow so smoothly? The answer to those questions is where craft lies. The more you read, the more questions you ask, the more craft you’ll pick up. But none of that matters if you don’t write, so that’s the most important part.

What about any books? What would you recommend to new or aspiring writers? 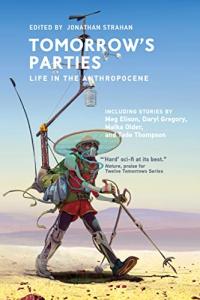 There are two books I found extremely helpful when learning how to write. The first is, 13 Ways of Looking at the Novel, by Jane Smiley. She wrote this book when she had writer’s block and I found it extremely helpful. The first half of the book is theoretical principles for writing a novel, and the second half she reviews one hundred novels in depth to highlight those principles.

The other one is, Revising Fiction: A Handbook for Writers, by David Madden. My copy is all marked up because it’s filled with so many useful tips. I think sometimes it’s just nice to be told certain things. Talking about writing as a philosophy is fine, but at some point, you need to be told, this is what goes in the beginning. This is what a good ending looks like. Here’s why the middle is hard to write and here’s how to make it easier.

Again, be open to trying new things, but writing is a journey. You have to find what works for you.

That is such amazing advice. Can you tell us what’s next for you?

I have The Legacy of Molly Southbourne coming out May 17, which completes that trilogy. And then, later in the year I have another book coming out, Jackdaw. It’s a gothic horror based off the work of Francis Bacon, and I’ve been told it’s very disturbing. That’s available for pre-order now.

I’m working on a book right now, it’s a ghost story where the ghost only has an hour each day to actually live. It’s been interesting to write because you don’t realize how short an hour is. Everything becomes imbued with a sense of urgency.

I have a short story coming out in the upcoming Twelve Tomorrow’s anthology, Tomorrow’s Parties: Life in the Anthropocene. And there are steps in place to adapt the Molly Southbourne trilogy to the screen. I’ve read two of the scripts and they’re excellent.

There’s more on the horizon but I can’t talk about a lot of it. When I decided to become a writer, I didn’t realize how much you’re not allowed to say anything about. So, I’m very excited about these projects and I’m very happy with where my writing career is right now.

Get The Legacy of Molly Southbourne at Bookshop or Amazon

Get Tomorrow’s Parties: Life in the Anthropocene at Bookshop or Amazon

Alma Katsu: Highlighting the Personal in the Historical

On Hermann Hesse and "The Glass Bead Game"