This week on Twitter, Seth Rogen announced that AMC has picked up the TV adaptation of Preacher.

10 episodes have been ordered, and the launch is expected in mid-2016. They also released a pretty nice piece of art as well: 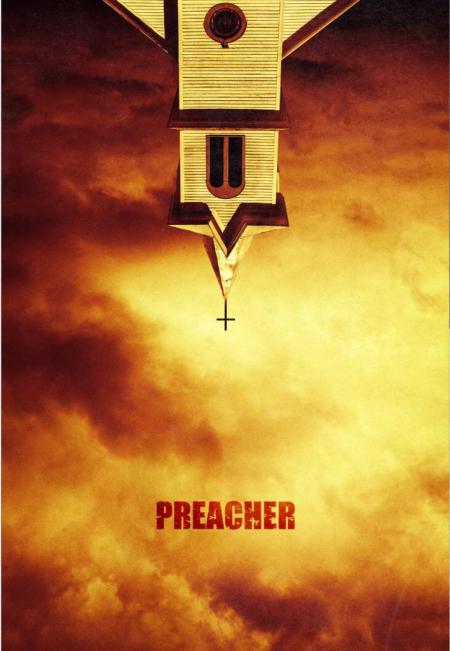 For those unfamiliar with the source comics, Preacher was a limited series that ran from 1995-2000 under DC's Vertigo line alongside titles such as Transmetropolitan, Hellblazer, The Invisibles, and other stone-cold classics.The plot focuses on Jesse Custer, a Texas preacher who is struck, mid-sermon, by a god-like power that manifests in a pretty novel and interesting way.

Custer is then swept up in a series of events that involve reckoning with his bizarre past, fighting against a pope-like figure with a severe eating disorder, a murderous cowboy ghost, and a vampire. There's an evil meat-monger, there's a man with a phallic head. This one's got it all, people.

The comics were written by Garth Ennis, art provided by the peerless Steve Dillon, a team that also put together a pretty great Punisher run as well, collected in the trade Welcome Back, Frank.

Preacher is available entirely in trade paperback, and it's well worth your time.

Ghostword from Cornwall is reading The Land of Laughs by Jonathan Carroll September 11, 2015 - 12:11pm

I know that this will not be popular, but I worry that if I was to atcually dig out my old copies from the loft, it might not have aged as well as I remember.

Hello freinds, i am looking for this article from last week and i got it from this place. Thanks for sharing this great article. This is the webpage for moviestarplanet free hack vip through which msp players will add diamonds and star coins to their account after generating.