UPDATE: Deadline is reporting that Franco and his producing partner have tapped Pamela Romanowsky, writer and director of the upcoming Adderall Diaries adaptation, to write and direct, with Franco taking on the role of Buster Casey.

Of course, they didn't get their info straight from Chuck, so you never know. Franco did tweet Romanowsky's name in conjunction with the project (as well as a link to this article and my sweet-ass photoshop!), so there's that.

A little bird just alighted upon my shoulder and chirruped some interesting news in my ear.

That little bird's name? Chuck-fucking-Palahniuk*. And you know what he had to say?

Obviously, you do, because you read the headline. Rant is finally headed for the big screen!!! From Chuck:

As of last night we've finalized a deal for James Franco to option my novel Rant.  Details about the casting, shooting and a proposed release date will be forthcoming.  Hurray.  After the opportunity to work with Brad Pitt, Edward Norton and Sam Rockwell, I can't imagine a more exciting actor to work with than Franco.

I imagine this is going to stir up some controversy within Chuck's fanbase. On the one hand, Rant is going to be made into a movie. On the other, it's under the creative leadership of James Franco. Personally, I've grown to appreciate the man and his work. He did a great job with Cormac McCarthy's Child of God, and he's currently filming one of my all-time favorite novels, Steve Erickson's Zeroville. So I want him to succeed. I have a vested interest. And now, so do a legion of Chuck fans.

No word yet on whether Franco will be starring and/or directing, but you've got to imagine he'll be filling at least one of those roles. What do you guys think? Right man for the job? What's your ideal cast? Sound off in the comments.

He would make a good Green Taylor Simms

Brian Ingham from Stillwater Oklahoma is reading There is No Year by. Blake Butler September 11, 2014 - 1:49pm

Not a fan of James or Dave Franco. Don't see what the big deal is about with those two. I guess all I can say about this is, well, don't fuck it up Franco.

I hope he doesn't write and direct. Child of God was good, but could have been better. I think he will, though, and I also think Joshua is onto something. He'll write, direct, and play Green Taylor Simms. He'll cast Scott Haze as Rant, and I expect he'll play it quite well.

The problem with Franco doing a film version, though, is you won't get the slow reveal of the future dystopia that creeps up on you in the novel. Instead you'll get this sudden change from small town to future city, with a voiceover explaining it all.

I'd much prefer to see someone like Shane Carruth direct it. Or David Lynch. That would be incredible.

Joshua Chaplinsky from New York is reading a lot more during the quarantine September 11, 2014 - 1:59pm

Yes! Haze as Rant! I didn't even think of that.

Who for Echo Lawrence and Tina Something?

I always pictured Tina Something as the DJ from The Warriors. Think Lynee Thingpen is up for it?

Also because I'm a total slut for Breaking Bad, Aaron Paul should go back to looking like a high schooler and play Neddy.

I still want to see Fight Club though. I only watched the bunnies version.

Whatever makes James happiest but I'm putting my foot down to say one or the other.  I have my reasons. ~

I'm with Lance. Waiting for Lullaby and hoping it'll be made in my life time.

While I too am waiting for that Lullaby movie or even Invisible Monsters, I have been most anticipating this wild ride.

With all my heart, I hope that we never hear Busters' voice; it should just be a dub over of whoever is telling the story at that particular moment.

Redd Tramp from Los Angeles, CA is reading Mongrels by SGJ; Sacred and Immoral: On the Writings of Chuck Palahniuk; The History of Sexuality by Michel Foucault September 11, 2014 - 8:06pm

I would love love LOVE a Lullaby movie too. That's my favorite Palahniuk book. And HOLY SHIT, I am beyond excited for a Rant movie. Franco's a literary fan, so I'd hope he'd understand the importance of being faithful and not trying too hard to Hollywood-ize it. The key is going to be pulling off that dystopia reveal halfway through. When I read that chapter after Rant moves to the city, when Shot Dunyan starts telling us about ports and boosting, my mind fucking exploded. They need someone with some great vision to pull off that ambiguity throughout the first half. But godDAMN, I never thought I'd see a Rant movie

Shane Carruth would be perfect.

Can not wait. Do not even care if Franco plays a role, or multiple roles. Just would love to see this on a big screen, and it might prompt Chuck into releasing the rest of the trilogy.

scared to death, but hoping it turns out well. loved Choke and i thought that would be impossible. at least franco will get excited about it, put a lot of energy into it. should be interesting.

Redd Tramp from Los Angeles, CA is reading Mongrels by SGJ; Sacred and Immoral: On the Writings of Chuck Palahniuk; The History of Sexuality by Michel Foucault September 13, 2014 - 7:51am

So I'm thinking about what it would be like for Franco to play Buster. Could be good, because the guy can act, and we know that Rant was a good looking dude, albeit a crazy mofo with tarred-black teeth and rabies-infected animal bites all over his body. Can Franco do it without making the character too ridiculously wild? I don't want a repeat of that shit he pulled in Springbreakers, but in Southern, small-town, over-the-top drawl. I want Rant fucking Casey, full of bizarre wisdom, a charming lunatic moved to the city. I want people to take him seriously. If the movie feels too much like a comedy, it'll tank. The book's funny and weird, but it's also kinda scary and very twisty. The story needs to feel bigger than the one character, and I'm worried with James Franco playing Rant, we might not get that scope. Also, if they have Rant narrating, I'm going to throw something at the wall. It's a mothafuckin Oral Biography.

I'm very glad to hear that Franco won't be directing this, but I do wish he'd selected a more experienced director to helm the project. Part of what made "Fight Club" so great was the talent of David Fincher.

I can't help but feel that another Palahniuk film adaptation needs an assured hand. Someone who not only understands the source material, but some who is a master of their craft. I do realize that Fincher hadn't directed that many films when he took on "Fight Club," but his gifts were apparent and his vision unique. 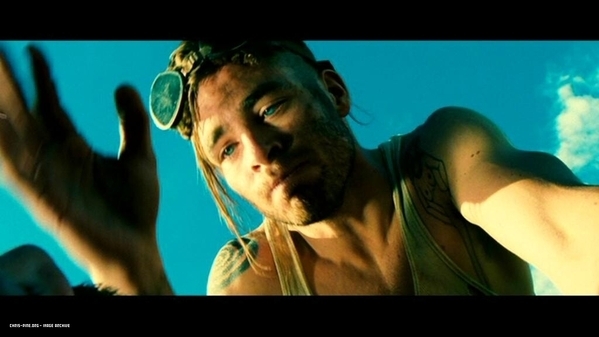 All I can say about this is James better bring his A+ game to this movie.
The fans of Chuck will not be pleased if he does not capture the essence of this book.

As Tyler Durden once said:
https://www.youtube.com/watch?v=wEdgzndKuog

The best advice I can give is don't make another "breakfast of champions" failure movie out of this story.  If the story is shown/told in the same narrative as the book reads the movie could be visually amazing and the story line is quite pliable for the director.  A visual representation has many options for altenative perspectives since the book is told from the perspectives of everyone who had contact with the main character.  Just put the rest of the money in the right places too, James.