I'll Be Gone in the Dark: One Woman's Obsession

Already a new classic in a genre that needs new classics, Michelle McNamara's excellent but fractured I’ll Be Gone in the Dark is a truly unique true-crime experience that engages on several levels. This book is probably closer to “new journalism” than true crime actually, her authorial voice even creeping close to creative nonfiction in places, making this a book you might shelve alongside genre-benders like Capote's In Cold Blood or Gilmore's Shot in the Heart. Some of this is the result of the nature of the project, and some of the cumulative effect is due to McNamara's titular “obsession” with her material, and the interesting ways this can disrupt reporting, or, in her case, investigating. All of this is not to say it stands out simply because it seems too good to be merely a true-crime paperback with the requisite eight pages of “shocking photos” in the middle (but that’s part of it), or because we're so far into the head of the author (but unlike Ann Rule’s slightly overrrated The Stranger Beside Me, for more compulsive investigative instincts this time), but because we have that perfect storm of a story on the verge of breaking where the author sort of breaks instead. She doesn’t solve the crime on these pages, but arguably did just that out in the real world, the place where it counts in this genre. But this accomplishment sometimes pales in comparison to what can be done within such a narrative, and people sometimes forget that the legacy here is a book, not just a crime report.

Some of the uniqueness of this project is tragic, of course, but this doesn’t make reading the finished result any less compelling. Normally inserting the author into a narrative like this is unwelcome. However, it works so well here, not just because she's a skilled writer with a very distinctive voice, but also because she is actively trying to solve the crime herself and pushing herself past the point of sanity, not just reporting on it after the fact, not just going through the motions of cracking a case (or giving the illusion of cracking the case), as you’ll find in many true-crime books. She’s in deep here, and the interludes about strained relationships with her family, particularly her mother, are never a problem for the reader, and always seem relevant. For example, take the passages about the paradox of being wrecked that her mother died before she could read her book but then admitting she couldn't have written it until her mother was gone… these sorts of revelations cut almost as deep as the crime scenes. And these sections are always welcome respites from a horrific case that is essentially, when you lay it all out on the page, rape after rape after rape after rape... 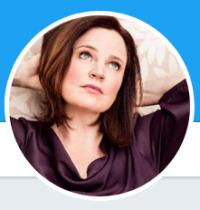 Other highlights include McNamara’s decision to blankly refer to the killer as "the suspect," occasionally "the offender," or sometimes simply "the man." This helps to demystify a man who has been called the Golden State Killer, East Area Rapist, and the Original Night Stalker (the multiple names a good indicator of how long his rampage lasted), but it is also a chilling reminder of the case's legacy of indifference and incompetence when it came to authorities investigating crimes against women. But my favorite line in the book might have to be:

"Who knows what goes through the minds of tracking dogs, whether they absorb the hopes of the solemn people milling around them."

This felt like the perfect description of the relationship between both the author and her subject, as well as the book and the reader. We are also part of the process (the extensive, ongoing Reddit discussions of the case details are proof that her obsession was infectious). And though the author is gone, her hunt for the killer seems both fragile and unstoppable here. Her book transfers her yearning to catch the killer straight to the reader, which is a bit different than the rubbernecking you get from most crime reporting, even as we turn the pages knowing full well that this book will end before she has a chance at closure. But she seems to realize we’re caught in a loop no matter how it turns out. And as she explains to us:

“The wisdom of the time traveler can be deceiving. We return to the past armed with more information... but the feast of data means there are more circumstances to bend and connect."

Possibly contributing to the sometimes overwhelming swirl of emotion and information is the book’s broken structure. It’s a bizarre way to present a case, even for this new hybrid she may have invented here. For one, I don't understand why they didn't just add footnotes whenever chapters had to be, as the editors remind us, "reconstructed from her notes.” So about halfway through, you have these headers announcing unfinished material, which might cause the reader to skim those sections a bit, not just because they’re less dynamically written (which they are) but because you’re hoping to get to the clearest representations of the author's compelling voice which is so apparent in the first third. Admittedly, though, sometimes these chapter reconstructions and other less-than-perfect solutions lead to interesting choices, like when they print the transcript of her conversation with cold-case investigator Paul Holes as they tour the crime scenes. This moment, coming from a book that almost wasn’t, plays a bit like a snapshot from a documentary that never was.

The end of the book is also quite jarring for similar reasons, and for a second I was reminded of the less-successful attempts to reconstruct books after an author's death (like David Foster Wallace's The Pale King). Though most of these restorations are less successful than this, the issues surrounding the conclusion here feels more anchored in that struggle with these rebuilds rather than simple reporting, or, even more important, very personal storytelling. When you take all this in and realize how it manages to transcend these issues surprisingly well, it becomes a sort of testament to the uniqueness and "novelesque" qualities of this book. 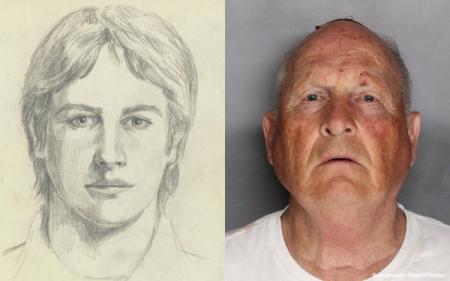 I’ll Be Gone in the Dark, as it stands, is probably the best reconstruction they could have done with the material at this moment, particularly a moment that was teetering on the edge of big revelations yet to come. And the book will no doubt be retooled with this new information of the Golden State Killer’s recent capture, not just with the extended climax so common in true crime, but I imagine some of the research minutiae that we now know are dead-ends will probably be snipped, or possibly woven back through, so it doesn't feel like three books. This material (especially when they are reconstructions) is only interesting without the new information, as this project doesn't have the same Graysmith/Zodiac flavor of infinite diner conversations and that intoxicating vibe of "just give us everything to chew on!" once the mystery has been solved. And this is a mystery she inarguably helped to solve, despite some of the current controversy regarding the impact of this book. "Knowing who he is dispels the power" she says, and she illustrates who he is quite effectively here, even without the name that science finally provided, through the same method she predicted.

That’s not to say the conclusion is unsuccessful. It’s rattles you for the most logical reason of all, of course. Her voice ends when she dies. This happens on sort of an arbitrary passage, which makes you feel the loss even harder as that’s what an unexpected death will do to any ongoing conversation. So when her notes are taken up by her researchers in the final sections, they wisely admit they're not even going to try to sound like her (smart move), and instead they do a sort of statistics dump to let the world play detective and wrap things up efficiently enough, if not very satisfyingly. This is followed by Patton Oswald’s heartfelt Afterword that feels like a better ending, actually. And then comes the biggest surprise, as McNamara’s voice shows back up for those final pages in a 2nd-person epilogue directed at the killer where she holds him accountable and, more importantly, sets out to scare the fuck out of him. And knowing what we now know about the Golden State Killer, he probably read this. And let’s hope he slammed the book shut in fear and shoved it out of reach and had more trouble sleeping that night than we did.

P.S. Out here in the world, my sister happens to be freelancing as a court sketch artist and sketching the Golden State Killer in a cage these days. I think Michelle McNamara would have gotten some satisfaction of seeing his face through those bars or what my sister is doing to his eyes.

David James Keaton's fiction has appeared in over 100 publications, and his first collection, Fish Bites Cop! Stories to Bash Authorities, was named the 2013 Short Story Collection of the Year by This Is Horror. His second collection of short fiction, Stealing Propeller Hats from the Dead, received a Starred Review from Publishers Weekly, who said, “Decay, both existential and physical, has never looked so good.” He is also the author of the novels The Last Projector and Pig Iron (maybe soon to be a motion picture), as well as the co-editor of the upcoming anthology Hard Sentences: Crime Fiction Inspired by Alcatraz. He teaches composition and creative writing at Santa Clara University in California.

A Murder Reverberates: Eryk Pruitt on the Valentine’s Day Murders

Everything Is Permitted When It Comes To Submissions

Tales From the Crust: Pizza My Skull

The Top 10 Fake Books in Movies